Today, the massive petition to ban dangerous herbicides in Hackney – signed by over 3,000 38 Degrees members – was handed in to Hackney Town Hall.

Katharine Hamnett, the 38 Degrees members who started the campaign on Campaigns by You, had made a giant poster of the petition – to show the scale of support for a borough-wide ban on the use of dangerous pesticides. She was joined by a man dressed in bandages, symbolising the health risks of using dangerous herbicides. 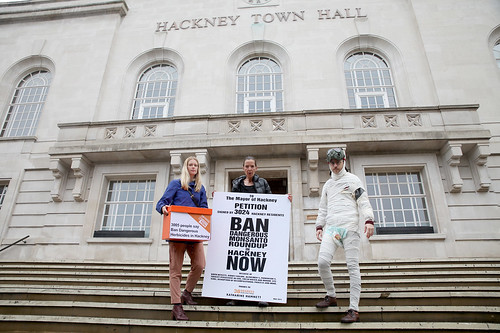 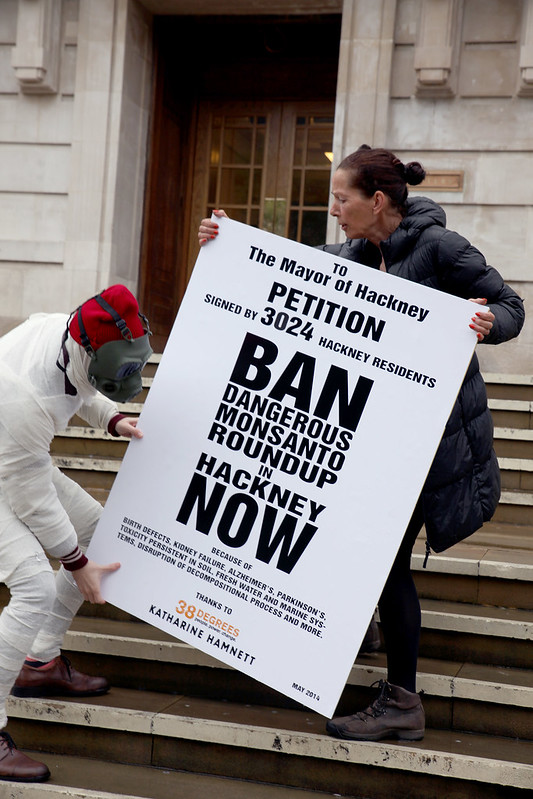 As well as a ban in Hackney, Katharine hopes that councils across the UK will put a stop to the use of the herbicide Roundup, produced by Monsanto.

Last week, 38 Degrees members in Hackney held a public meeting about the campaign. You can watch a video of the meeting here.

Now 38 Degrees members need to plan our next steps to keep up the pressure on Hackney Council, to make sure they respond. If you have any ideas, please email emailtheteam@38degrees.org.uk