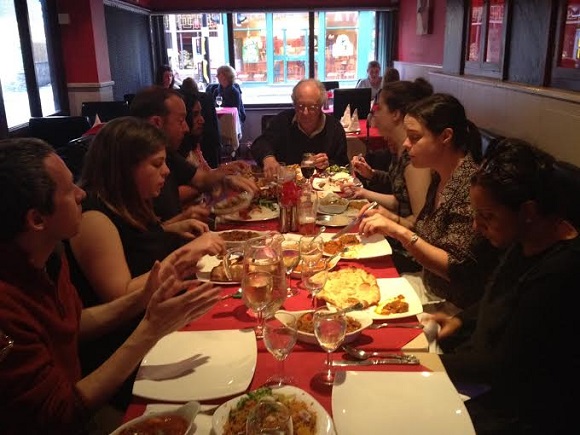 Last night about ten 38 Degrees members met in Cambridge for a curry. 38 Degrees members often get together across the country. Its always exciting to meet people we’ve been campaigning alongside, we usually don’t realise they’re just across the street from us! There’s always plenty to talk about – whether its our current campaigns, tactics or what’s been in the news.

This time the staff team wanted to pick people’s brains about how local campaigning networks could be run. Would they want to join a local network? If not, what would make them want to be involved? How could the staff team make sure as many people were included as possible? There were some fantastic ideas to take back to the office.

We talked about the issues we cared about too – from the Chilcot Inquiry, to “none of the above” on the ballot paper, and the recent elections. Everyone said how fantastic it was to meet people who were “angry” but for all the right reasons.

There were some fantastic quotes about why people are a part of 38 Degrees, like when Sunny said “I like the potential to make conventional politicians redundant” or “38 Degrees are lobbyists for we the people.” Elizabeth had a great line too – “It’s a mad world, we’re just trying to make it a little more reasonable”

Big thanks to everyone who came along last night. Could 38 Degrees members organise a meet-up in your area? What would you want to discuss to make our movement stronger?