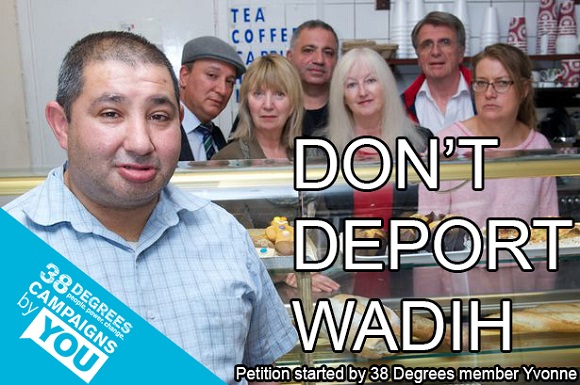 38 Degrees member Yvonne has started a petition to stop Wadih, who has Down’s syndrome, from being deported because his parents have died. He has lived in the UK for 17 years and now completely relies on support from his brother.

His MP, Vince Cable, has called the decision “disgraceful.” If you agree that this is an unfair and cruel decision, you can sign Yvonne’s petition to Theresa May below.

Here’s what Yvonne says: “Wadih came to the United Kingdom in 1997 because his life was in danger from the various gangs operating in Beirut who were victimising him because of his Down’s syndrome.

His life would be in danger on two counts: firstly he will not be able to look after himself and secondly from violence.”