Are you jealous of the Scots?

Everything’s on the table in Scotland: they’re discussing the future of a country. The debate has at times been hopeful, inspiring, and thoughtful. It’s also been very, very hard. Turnout will be through the roof: 97% of voters have registered. In pubs, on buses, in schools – it’s all anyone’s talking about.

But south of the border, there’s nothing to do but watch. Whatever you think of Scottish independence, one thing’s for sure. Down in England, we aren’t debating our future – or the changes we want to see – in the same way.

Should 38 Degrees members in England be trying to change that? There are over 2.5 million of us. If anyone can shake up the English political landscape, we can. Every politician is on edge about Thursday’s referendum. It’s top of their agenda. So if we’re going to get through to them, now’s the time.

So should we ride the wave of interest that’s started in Scotland? Is there a problem with our politics? Are we too focused on Westminster? Should cities have more power? How about regional parliaments, or an English one? What would spark the kind of engagement in politics that’s everywhere in Scotland now? Or are we doing just fine?   Please click here to take a 2 minute survey on what 38 Degrees members could start trying to change in England. 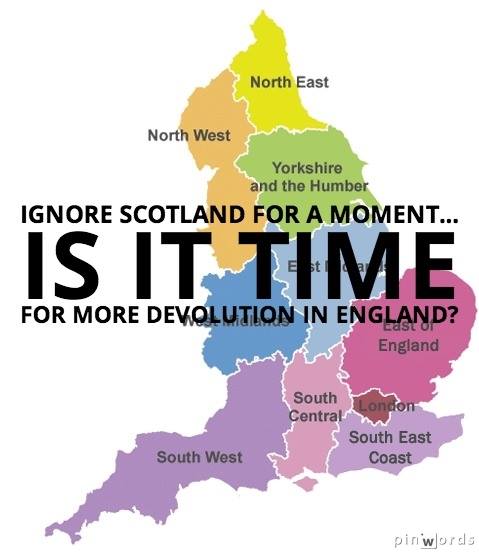