This week it was the Labour party’s conference. In the run up to the election, it’s anyone’s guess who will be in power after next May. So 38 Degrees members are getting stuck in early. We’re making sure that all the political parties on the table hear about the issues that matter to us.

On Monday, over forty 38 Degrees members gathered outside the entrance to the conference. Armed with leaflets, we made sure that every person going in or out heard our message: the NHS should be given more funding. It was quite an experience!

Some people were really keen to talk, but others – striding past in suits – didn’t stop. A funny reaction from people at a conference aimed at talking broadly about all the issues facing the country at the moment!

But by and large, it was a good experience. Our flyers also had adverts for an event that 38 Degrees was holding the next day on our campaign for a real recall law. We must have had an impact, as the next day the room was packed!

The event was organised to try to get Labour MPs on board with out campaign for a law that gives voters the right to sack MPs. A real recall law. 38 Degrees members helped fund and write a law that would give voters these powers. But we need to get MPs from across the political parties on board to have a chance of success.

It was standing room only! The room was STUFFED full of MPs and PPCs (people who are standing to be MPs at the next election). In particular, lots of PPCs mentioned that they came along because they’d received emails from 38 Degrees members inviting them earlier in the week. They said they wouldn’t have missed it. Some PPCs even took photos of themselves with staff members to prove they’d been there. If this is the future of how politicians interact with their voters – it’s looking up!

There was a stellar line up on the panel. Lisa Nandy MP spoke in favour of recall alongside Blanche, from the 38 Degrees staff team, who was chairing. Then there was Owen Jones, a columnist for the Guardian, Jonathan Isaby from the TaxPayers Alliance and Joe Cox from the think tank Compass. All of them made a convincing pitch of why the time is right for a real recall law.

38 Degrees members were a lively presence at Labour’s conference – and our event has put a real recall law on the map with many MPs. Next, 38 Degrees members will be at the Conservative and Lib Dem conferences: to make sure all the parties know what ordinary people think about recall, and act on it.

Here are some pictures of 38 Degrees members flyering outside the conference on Monday: 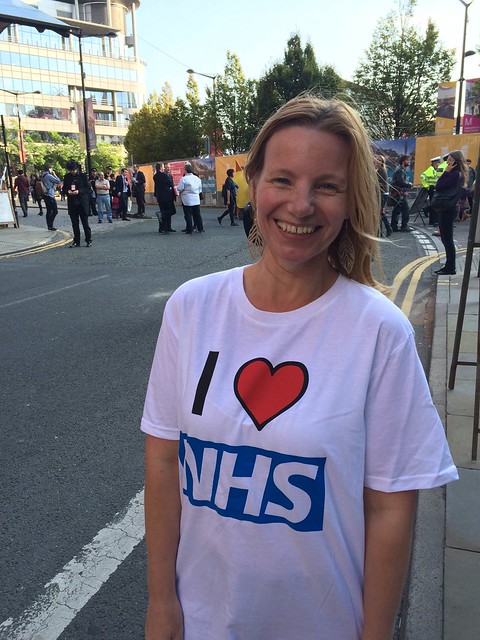 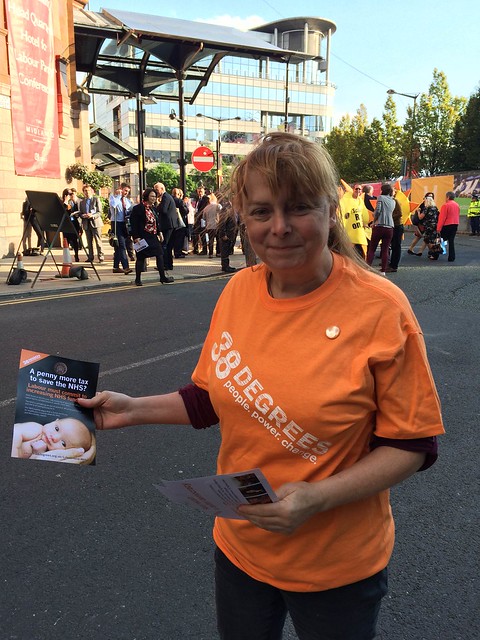 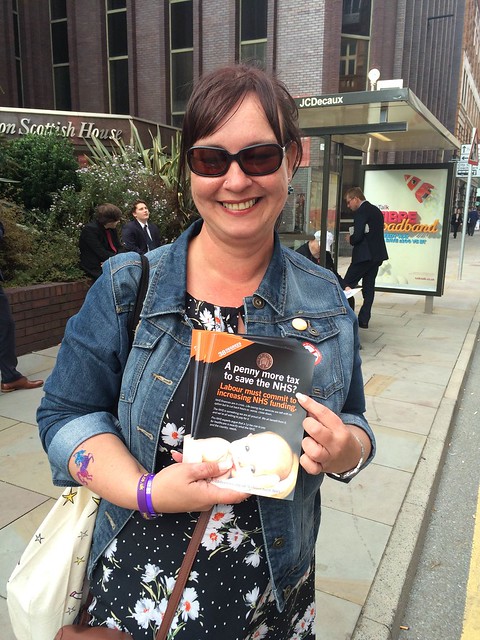