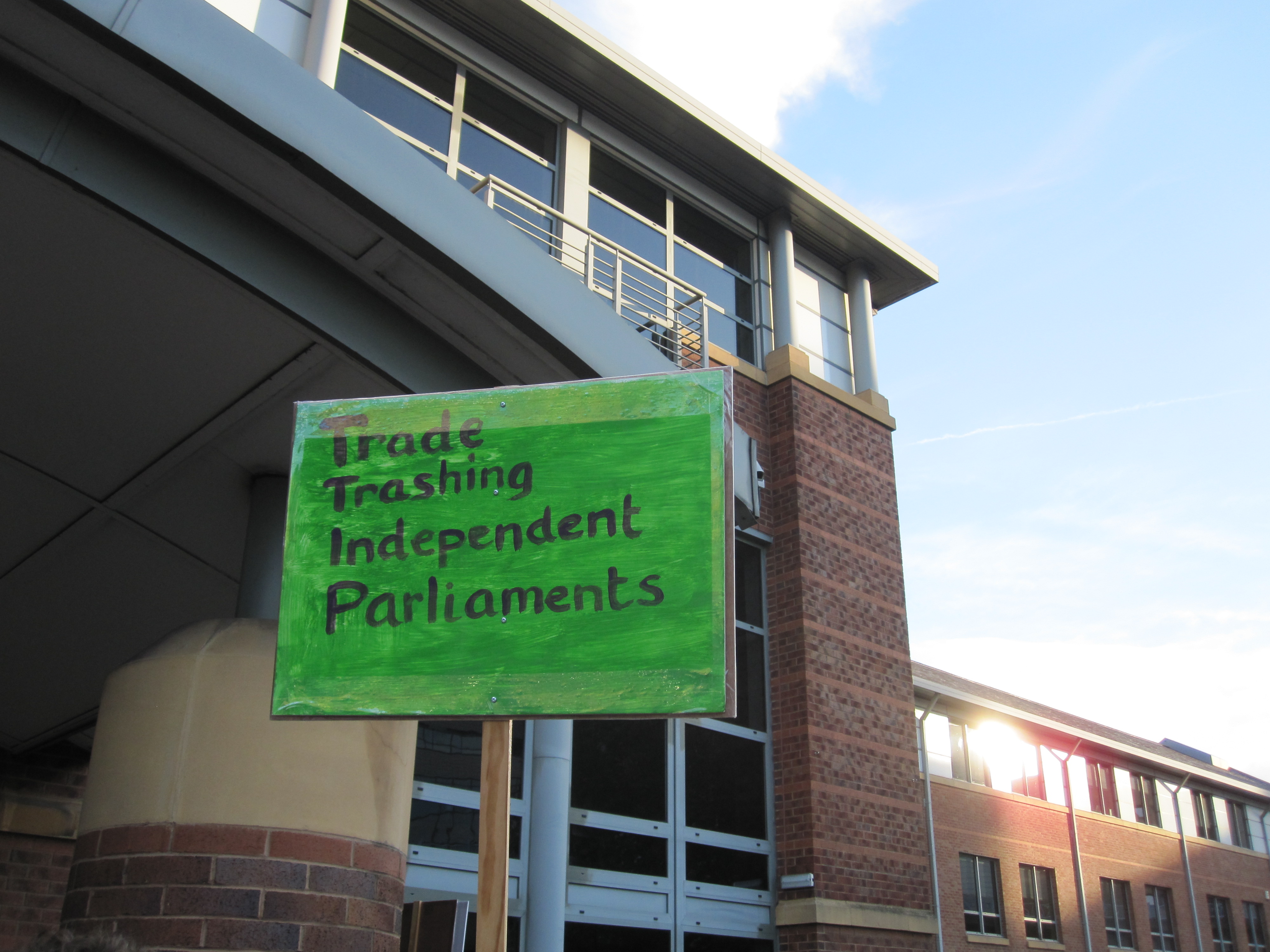 Exciting news! Rother district, could become the first in the country to formally oppose TTIP. If we act fast, we could make this possibility a reality.

TTIP is the trade deal which could lead to American companies taking over bits of our NHS. It’ll also allow big corporations to sue our government if it makes changes to the law which affect businesses’ profits – like raising the minimum wage.

Councillors are meeting on Monday to vote on whether to oppose TTIP – and it could be the start of something amazing. If towns, cities, and whole districts declare themselves ‘no TTIP’ zones, we can show the government that TTIP is simply too toxic to back.

But, the Council will only oppose TTIP if enough of our local councillors turn up and vote the right way on Monday. There are thousands of 38 Degrees members in the Rother area and councillors aren’t used to receiving floods of emails – especially ones about an international trade deal. If enough of us email them today there’ll be in no doubt which way they should vote.

The vote is on Monday – so we’ve only got two days. If you live in Rother, can you email your councillors urgently to ask them to vote to oppose TTIP? It’ll take two minutes, please click here to email them.

The more councils who vote to stand against TTIP, the more likely the government is to realise they won’t get away with selling our NHS down the river, or allowing huge corporations to sue our government.

The last few months have been amazing. 38 Degrees members in the Rother district, and across the UK, have come together to campaign against TTIP. We’ve targeted MPs and MEPs, through days of action, petitions and flooding their inboxes.  Now we’ve got an opportunity to spread the campaign to a local level, and it could be Rother Council leading the way.

Can you go along to the vote show the huge local interest in this issue? You can RSVP here.