Bristol: People’s March for the NHS

This Saturday 38 Degrees members in Bristol joined the People’s March for the NHS – a big march through central Bristol organised by a group of NHS campaigners, NHS 999.

The march was a celebration of the NHS. It was also a call for people in Bristol to sit up and pay attention to the need to protect the NHS. 38 Degrees members have been working hard to get the message out to people in Bristol that privatisation is a huge threat – and that people should use their vote wisely in the upcoming election if they want to stop our NHS being sold off.

There were over a thousand people marching through central Bristol on Saturday morning. People gathered at College Green at 11am holding placards and leaflets to hand out to the public. It was overcast to begin with but when we started to walk the sun came out! 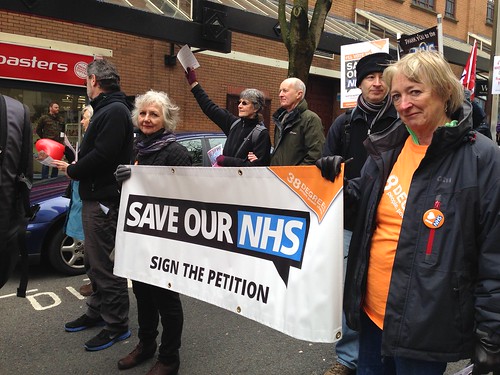 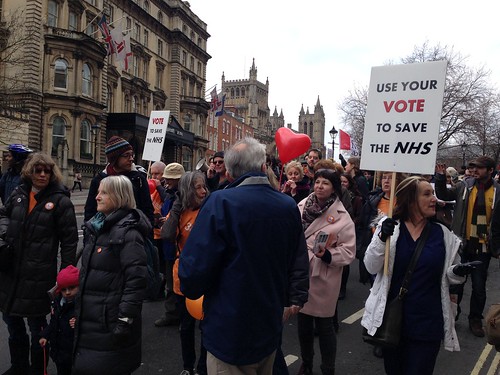 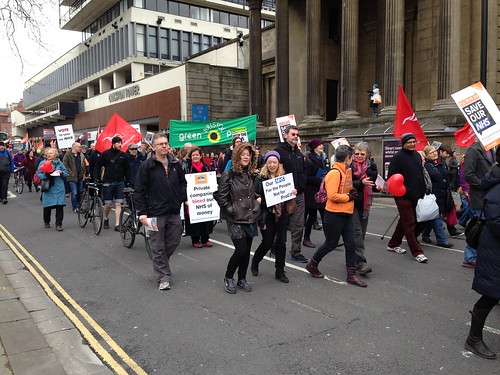 There were groups of 38 Degrees members from Bristol North West and Bristol West, as well as NHS workers, members of the public and people from other groups supporting the NHS in Bristol. The Labour and Green party MP candidates were also on the march – so we made sure they saw our message to all the MP candidates: save the NHS.

38 Degrees members want 3 key promises from MP candidates on the NHS:
* Stopping privatisation
* Making sure it has the funding it needs to provide high quality healthcare to everyone
* Protecting it from US health corporations by keeping the NHS out of TTIP

The local press were there to help get the word out further, and we spoke to hundreds of people along the route. The support was brilliant, and cars honked their horns in support the whole way.

At the end of the March we heard inspiring speeches from Emily Downs, a student physiotherapist representing Protect Our NHS; Dr Dominique Thompson, Director of Service at the University of Bristol Students’ Health Service; Gwyneth Powell-Davies, a local NHS worker and Dr Phil Hammond, local actor, comedian and commentator. 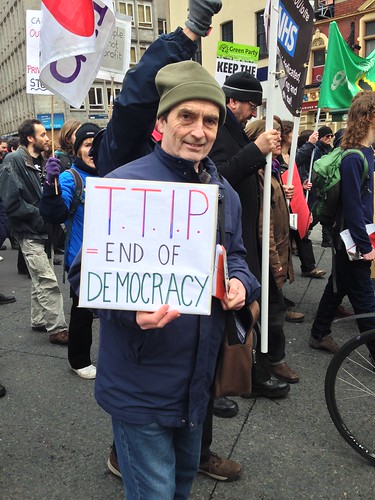 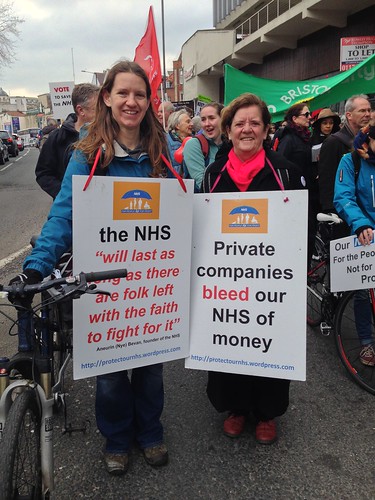 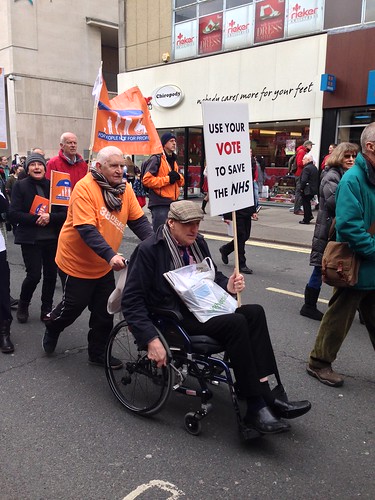 Hilary Saunders, a 38 Degrees member at the March, said “I’m joining in the march for the NHS alongside 38 Degrees members in Bristol because our NHS is precious. We’ve seen politicians try to destroy the NHS, and open it up to privatisation.

“Together, we’re calling for more funding for vital NHS services, a stop to damaging privatisation, and we also want to keep the NHS out of the dodgy TTIP trade deal.”

The People’s March in Bristol sent a clear message to Bristol’s politicians: you’re being watched by thousands of us fighting to protect our NHS.

The NHS is the best healthcare system in the world, and it belongs to all of us. But too many politicians have ignored the doctors and nurses on the frontline. They’ve turned their back on the principle of an NHS owned by all of us and working to save lives, rather than to make money.

At the march, 38 Degrees members stood with hundreds of people in Bristol to say that we love our NHS too much to let it be sold off to the highest bidder. 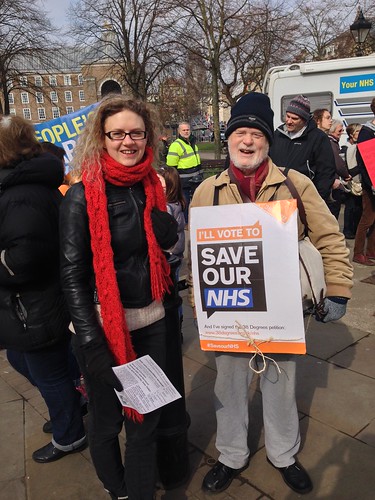