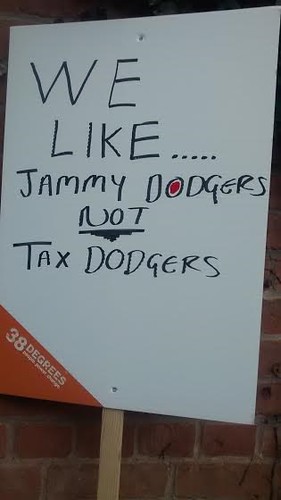 It took us only ten days in Sheffield to organise something against tax dodging by the rich. We were able to stand on the shoulders of  the 38Degrees online petition about closing the Mayfair tax loophole and turn this into a street activity. It was a great success, considering it was shockingly cold and none of us had gloves. Harder to organise than around the NHS but we still got nearly 200 hundred signatures.   It was great making  connections with the 15 of us doing the leafleting, who came from all over Sheffield . 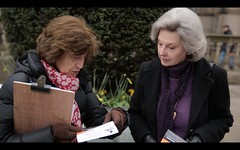 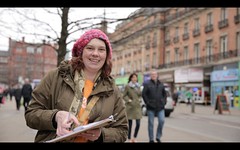 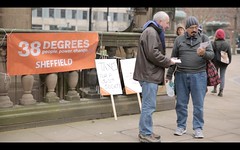 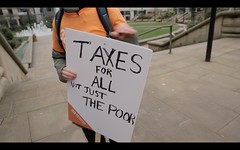