38 Degrees members from across Cornwall led a lively demonstration outside the Royal Cornwall Hospital yesterday, to protest against plans to privatise three NHS departments. They were joined by local NHS campaigners and hospital staff keen to send a strong message to hospital Trust board members and politicians: Our NHS is not for sale! 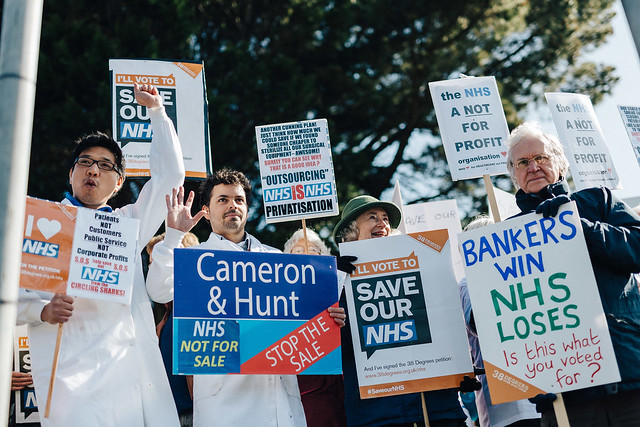 Over 100 people joined the 90 minute demonstration with an impressive display of placards and banners. Some demonstrators even turned to song to express their feelings. 38 Degrees member Neil Foss penned a special protest song for the occasion and led everyone in a rousing rendition of ‘God Save our NHS’ set to the tune of the national anthem. Passing motorists waved and tooted in support and the local media were out in force to cover the event. 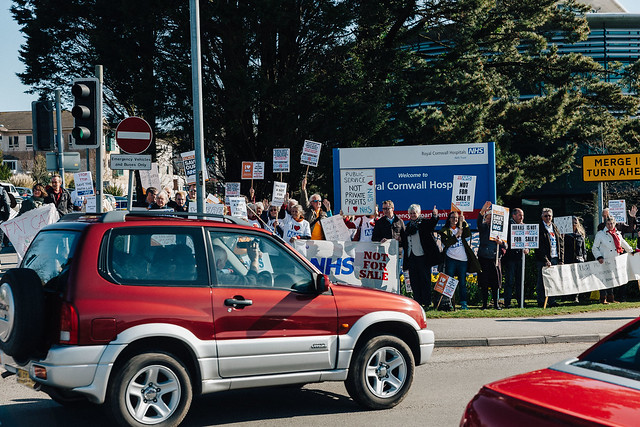 The demonstration concluded with the handing-in of a petition to the Royal Cornwall Hospital Trust board. The petition, calling on board members and local politicians to stop the privatisation at Royal Cornwall Hospital, was created by a 38 Degrees member from Truro last month and has attracted over 8,000 signatures in the last six weeks. 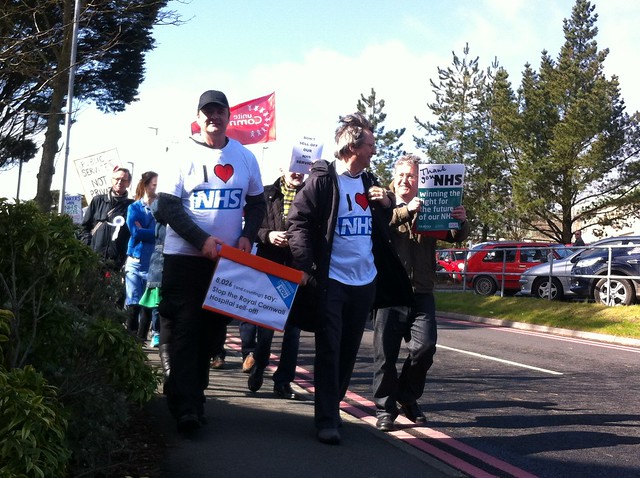 The Trust assured demonstrators that they would take the petition into account in their ongoing discussions but gave no indication that they would reverse the privatisation plans. 38 Degrees members agreed to keep the pressure up by continuing the petition. There are plans to stage a second demonstration at the hospital on Thursday 30th April to coincide with the Trust’s next board meeting. Watch this space!

To add your name to the petition click here. 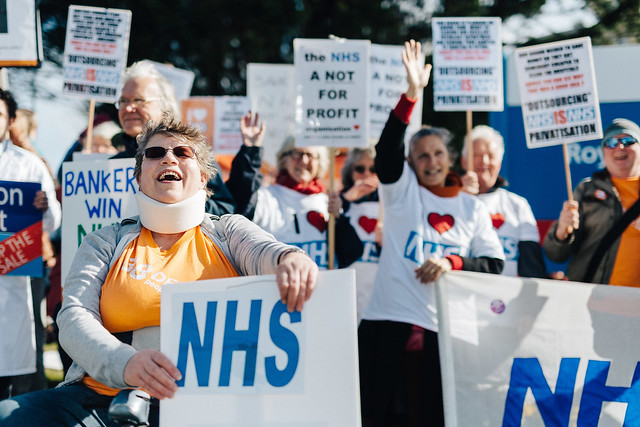