“… supports a NHS free at the point of delivery” – Frances, W3

These are some of the election priorities of 38 Degrees members living in Ealing Central and Acton, one of the battleground seats this election. 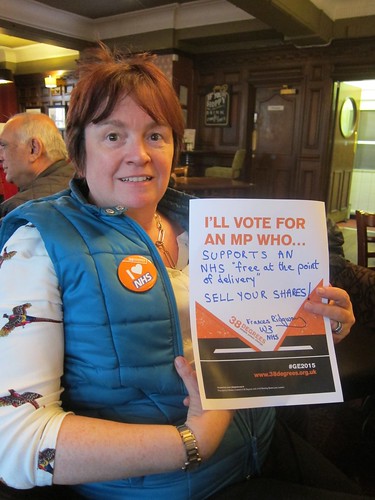 38 Degrees members have been really active in this seat over the past month. On Wednesday 8 April members met up in an Ealing pub ahead of the first hustings for the electorate. Members shared their election priorities, what they think about the leaflets coming through their doors, who’s been canvassed, who’s hoping to get canvassed, and what campaign actions they are planning to do together in the coming weeks. 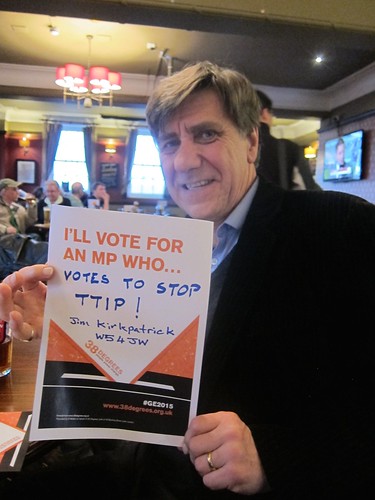 We then trundled up the road to the Church of Ascension where the hustings was taking place. All 6 candidates standing in Ealing and Central Acton were present and clearly voters were keen to hear their views as the church was absolutely packed with standing room only!

The 14 questions asked were selected from more than 70 questions that local people had submitted via email. The questions covered a range of local, national and international issues. From the rise of food banks in Ealing, the closure of local hospitals, the lack of affordable housing in London, the need for more teachers and smaller class sizes, what parties will do to tackle climate change, and the overseas aid budget. Disappointingly, the questions 38 Degrees members put forward on TTIP and tax dodging were not asked. Members are planning to attend the next hustings happening on Wednesday 29 April to put their questions to candidates.

Were you at the hustings? Share your reflections on how the candidates performed by leaving a comment below.

Would you like to get involved in future activities in Ealing Central and Acton? There’s lots coming up!