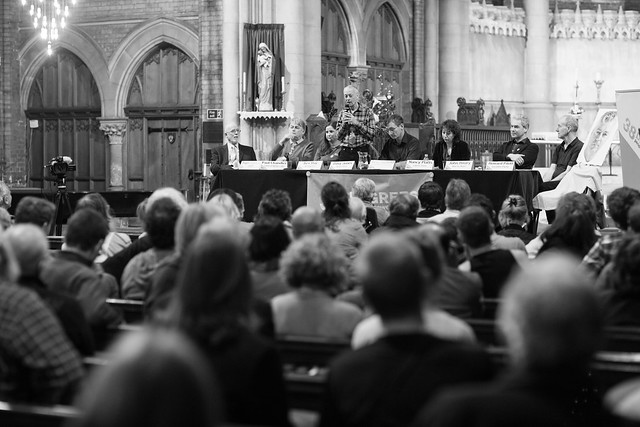 38 Degrees members in Brighton & Hove have taken a number of big actions against TTIP over the last week.

Things kicked off with a public meeting at St Mary’s Church in Kemptown. 250 people turned out from across the city to hear introductions from John Hilary of War on Want and Bex Hay of 38 Degrees. Then we had the chance to quiz the candidates from Brighton Kemptown constituency to hear their opinions of TTIP, as well as their party lines.

The debate was fascinating, and the energy in the room felt fantastic. Listen to the public meeting recorded by Radio Free Brighton here.

This inspired people to take to the streets, linking with a global day of action against TTIP. Global Justice Now and Sussex Defend the NHS were also out in force talking to people about TTIP. 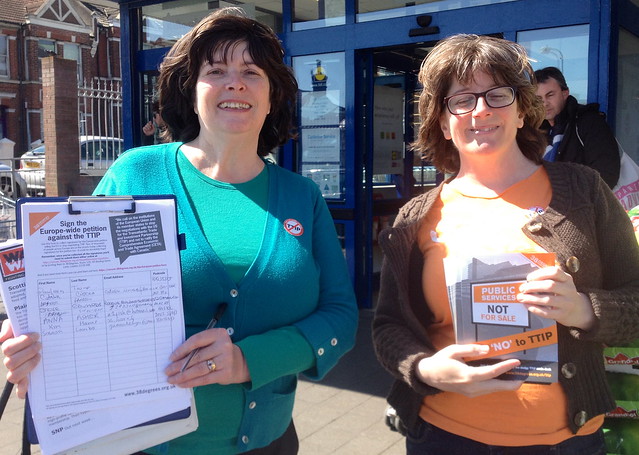 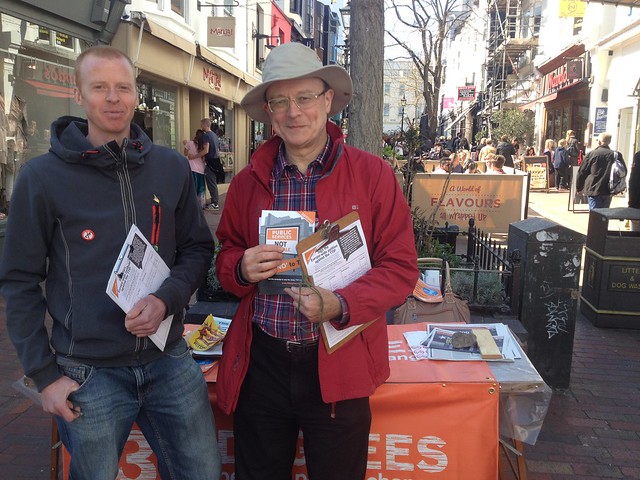