Bristol West: Out on the streets for our NHS!

On Saturday 38 Degrees members in Bristol West were out speaking to hundreds of people about why they should vote to save our NHS this election.

We met at the Galleries to collect signatures for our huge petition asking local candidates to save the NHS if they’re elected.

Together we donned doctors’ scrubs and Save our NHS t-shirts. Armed with placards and petition sheets, we made sure people were in no doubt that they need to vote if they want to save the NHS from privatisation, TTIP and funding cuts. There was even an ambling band to keep our spirits up! 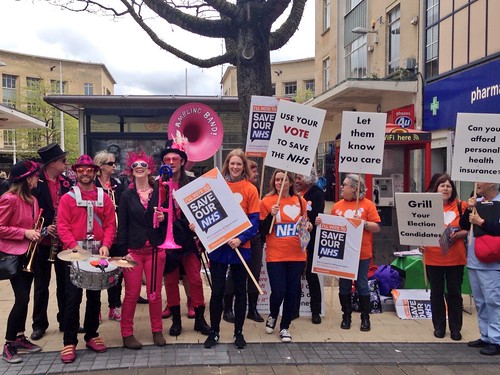 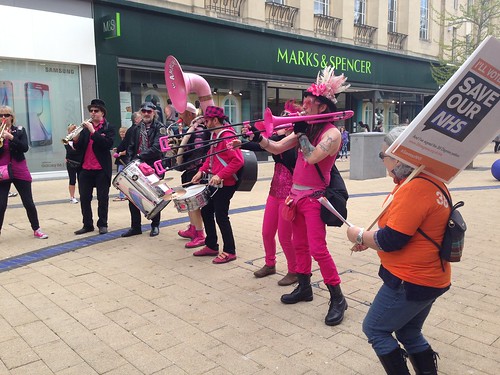 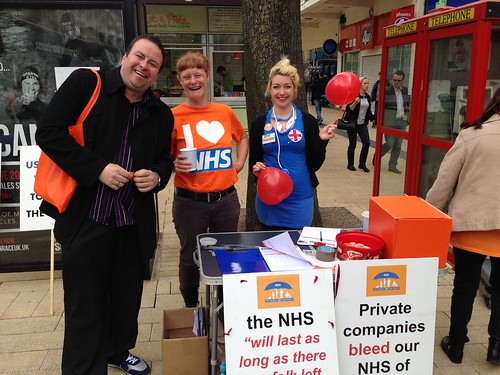 When the candidates arrived, about 40 people were holding up a huge banner reading ‘No TTIP, Hands off democracy – Save our NHS!’. It was an impressive sight as they walked across College Green towards us. 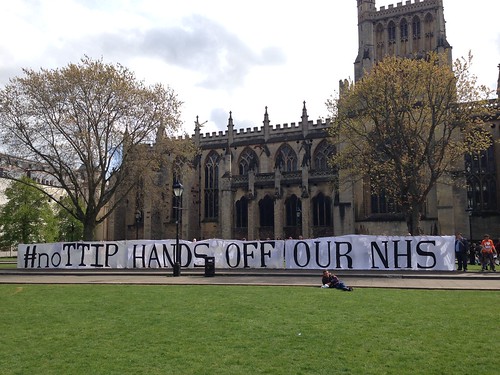 Each of them made a statement on camera about whether they’d repeal the Health and Social Care Act if they’re elected. They all said they would, except Stephen Williams and Claire Hiscott. 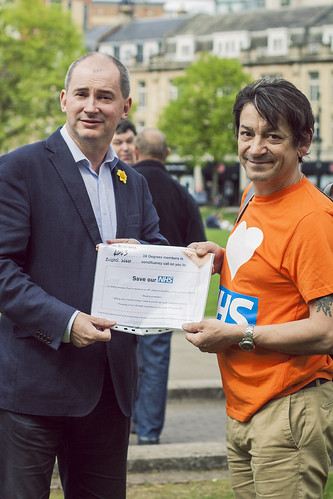 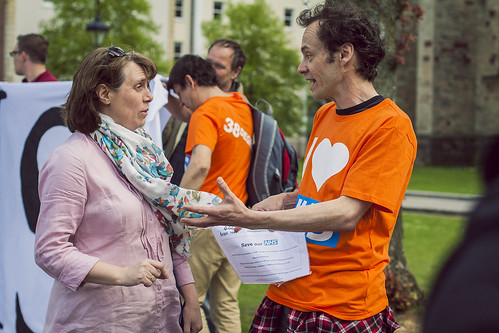 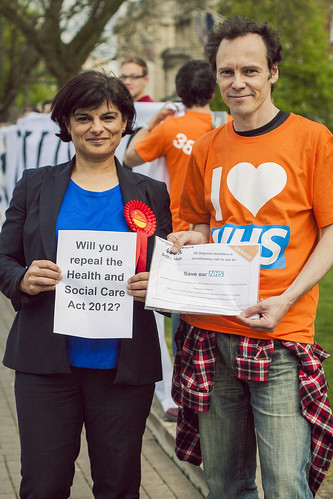 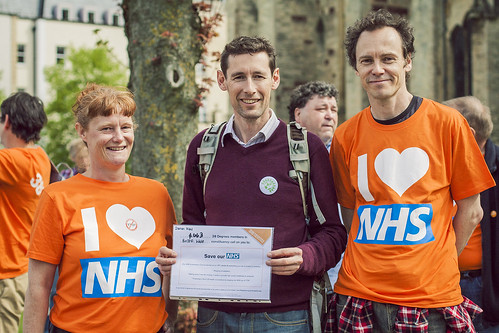 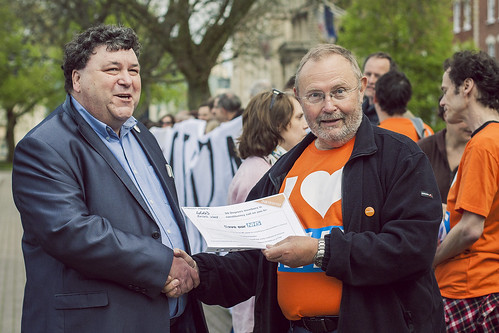 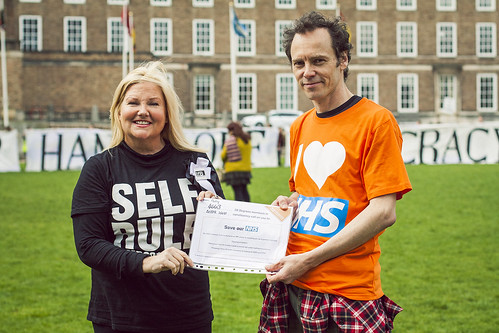 All in all it was a great day. Together, 38 Degrees members spoke to hundreds of Bristolians about the NHS and hammered home our message to the MP candidates that they need to save our NHS. 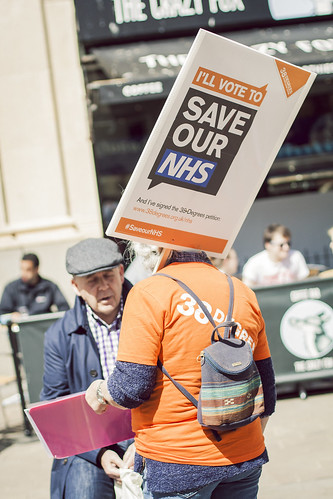