A big day of NHS campaigning in Ealing Central and Acton

On Saturday 25 April, a group of 38 Degrees members in Ealing Central and Acton constituency got together to take part in a nationwide day of action on the NHS. They met outside Ealing Broadway shopping centre to collect signatures on the Save our NHS petition. The petition asks candidates – if they’re elected – to fund the NHS, protect it from privatisation and from the dodgy trade deal, TTIP.

As well as building support for the massive petition, members were also collecting messages in a giant ‘Thank you NHS’ card for one of the local hospitals – Ealing Hospital. Here is local member Arthur with the thank you card. Arthur is a tall man so you can see just how big the card is! 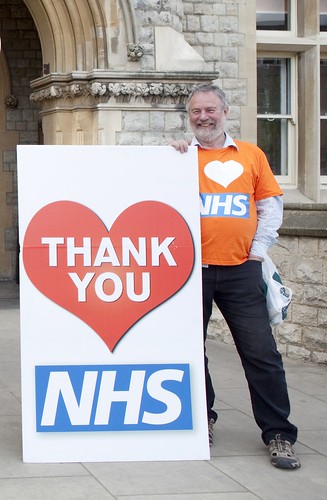 It was really inspiring to hear people’s messages about what they were thankful for. For some it was about the kindness that they had experienced from staff while in hospital, others were thankful for the children, nieces and nephews who had been safely delivered. Some shared that the NHS had saved their life. 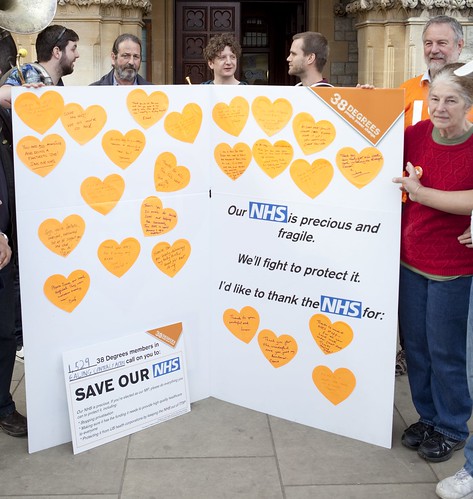 In only a couple of hours members collected an extra 300 signatures to add to others we had already collected online and on the streets! We also had hundreds of conversations with Ealing locals about the importance of voting the protect the NHS this election.

After 3 hours of petition collection 38 Degrees members reconvened outside of Ealing Town Hall to hand the final petition figure of more than 1,500 to the MP candidates standing in Ealing Central and Acton. 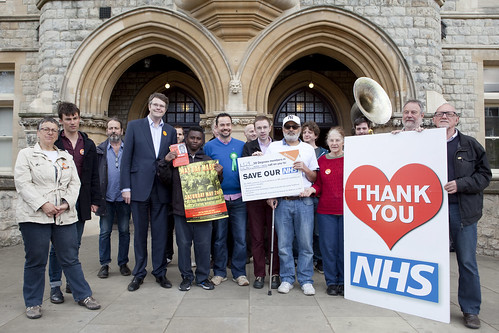 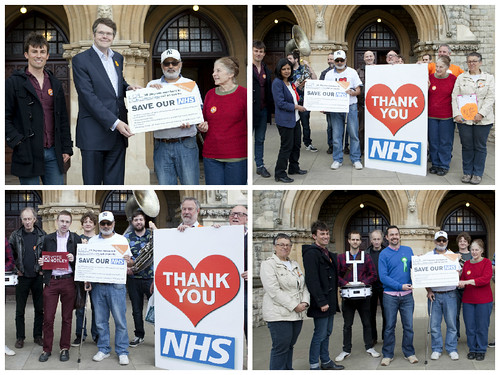 Above are pictures of local 38 Degrees member Raj handing over the petition to 4 of the candidates who attended. We were also supported by 3 members of a marching band – making our presence more engaging, noisy and fun! Message sent loud and clear in Ealing Central and Acton – Save our NHS!

All images in this blog post were taken by Ludo des Cognets.