Cornish NHS campaigners returned to Treliske on Thursday, this time taking to song to express their opposition to the Royal Cornwall Hospital Trust Board’s privatisation plans. 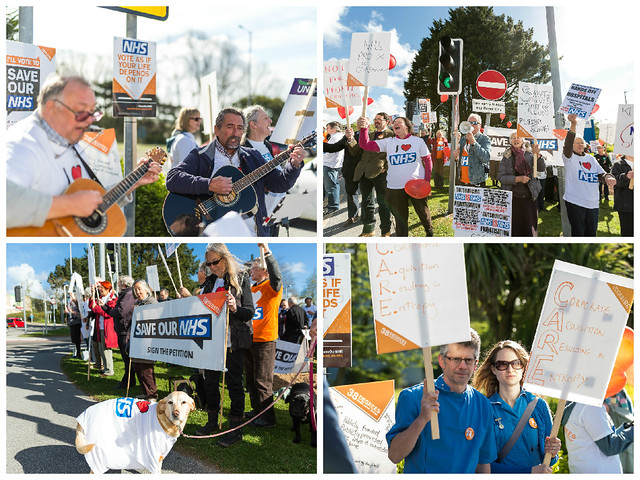 The reworking of Dylan’s classic Don’t Think Twice It’s All Right was penned by members of the 38 Degrees Truro and Falmouth group, and warns of the consequences of NHS privatisation.

Over 9,300 names have now been collected on the ‘Campaigns by You’ petition, started by a 38 Degrees member from Truro, that calls on the RCH Trust Board to stop the privatisation of NHS departments at the hospital. A certificate with the current petition total was presented to Board members at a public meeting following the demonstration.

Attendees at the meeting were told that the Board has “agreed to look again at the Managed Equipment Service option alongside a full outsourcing model (for Pathology) and will now make a final decision on our preferred approach at the June 2015 Trust Board meeting. Discussions also continue on the market test of the Central Sterile Services Department (CSSD) and Cornwall Information Technology Service (CITS).” 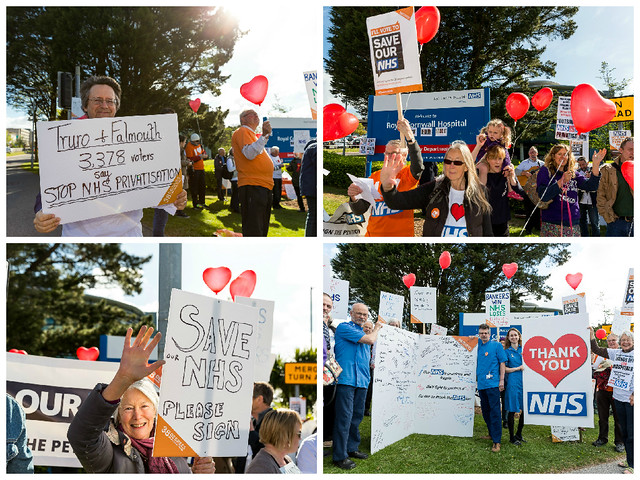 The Managed Equipment Service option would see department staff remain as NHS employees while a private company takes on responsibility for all equipment used in the department. The Trust Board argue that Pathology equipment at the hospital is in desperate need of updating and say that in the absence of adequate government funding, private investment is the only viable option. NHS campaigners responded by highlighting the fact that Cornwall’s NHS is severely underfunded compared to other parts of the country. They argue that the solution rests not with private companies but in securing fairer government funding for the NHS in Cornwall.