Our meeting, on April 27, started off with a choir singing an array of especially written anti-ttip songs. Here is the picture of them in the foyer. 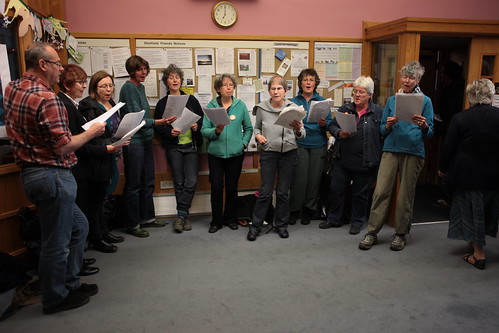 We  insisted that they come into the meeting and kick things off. 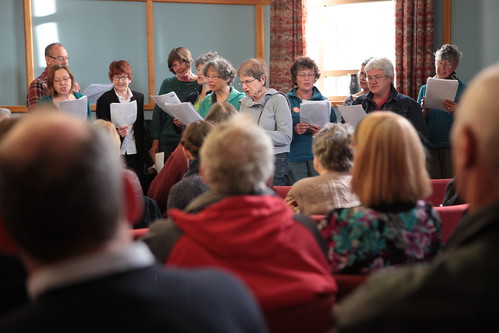 The meeting was really well attended, packed out even! One of the those there said “it is great to see the room really full for a change, and for what is a comparatively obscure topic”. 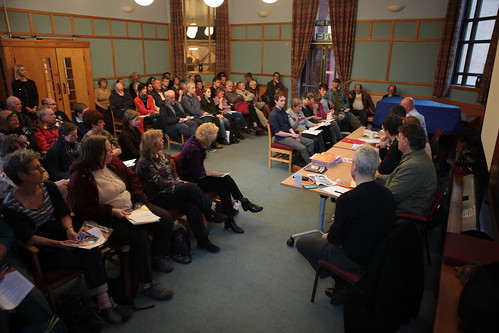 There were four parliamentary candidates there. From left to right we had: 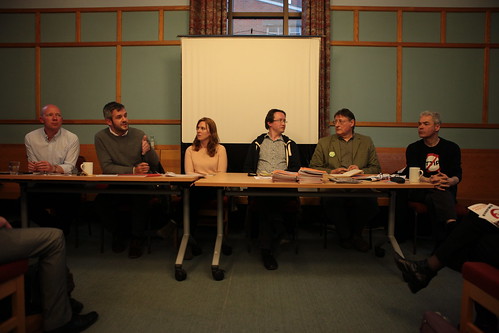 Carlton Reeve (Independent), Oliver Coppard (The Labour Party),Blanche Jones (chair; Campaigns Director, 38 Degrees) Nick Clegg’s representative Joe Otten (who is standing for the Liberal Democrats in Sheffield Central) and Peter Garbutt, Candidate (Green Party). And at the end we were extremely fortunate to have: John Hilary (War on Want) who introduced the proceedings. 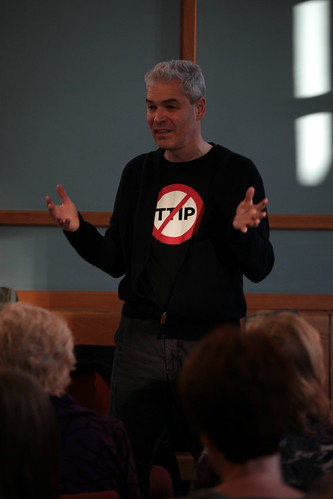 Although Joe Otten, from the Liberal Democrats, supports TTIP, it was very good that he was there because he opened up the debate and made some of us think more clearly. 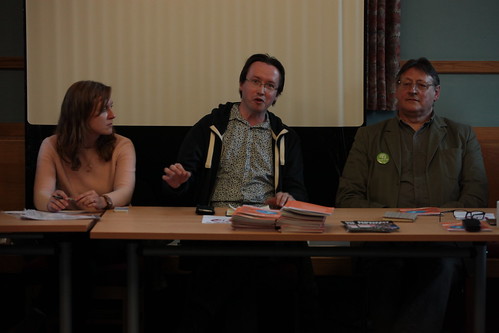 Given the format there was a great deal of audience participation 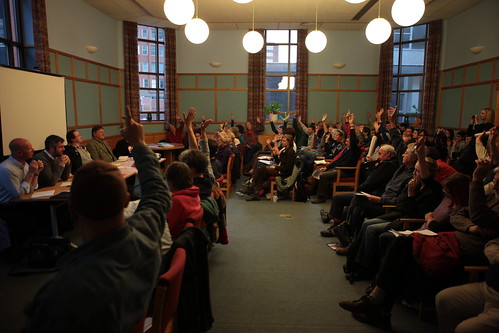 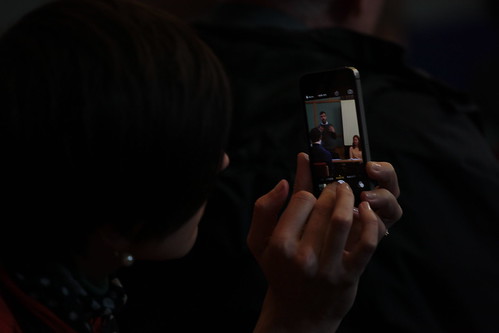 One the candidates remarked to me at the end. “It was a pleasure to go to a well informed and packed husting where waffle was kept to a minimum. Thank you 38 Degrees“.

And a big thank you to the other players who helped make things happen. And of course to Jess who took the pictures.