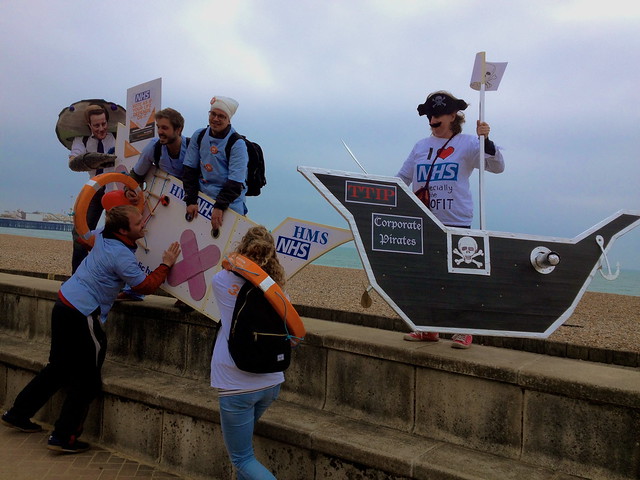 On Saturday 2nd May a range of campaign groups in Brighton & Hove theatrically took to the streets to challenge the Government’s programme of austerity and highlight alternatives. Dubbed Mayday! Mayday! The People’s Fair, the creative street action had all the fun of a fair on International Workers Day.

The entertaining and thought provoking event featured street theatre, games and music to highlight the impact that cuts and privatisation have had on our lives.

38 degrees members made HMS NHS to rescue passers by from from privatising TTIP pirates.

Mayday! Mayday! was a celebration of our broad local movement of resistance and solidarity. The event was organised by Brighton People’s Assembly. 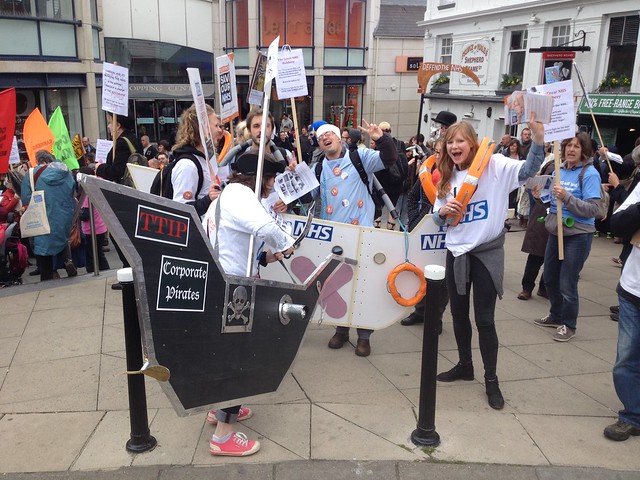 Cameron-the-cuts-loving-Crab put in an appearance too. Don’t worry, these 38 Degrees members made sure to ask him to Save our NHS… 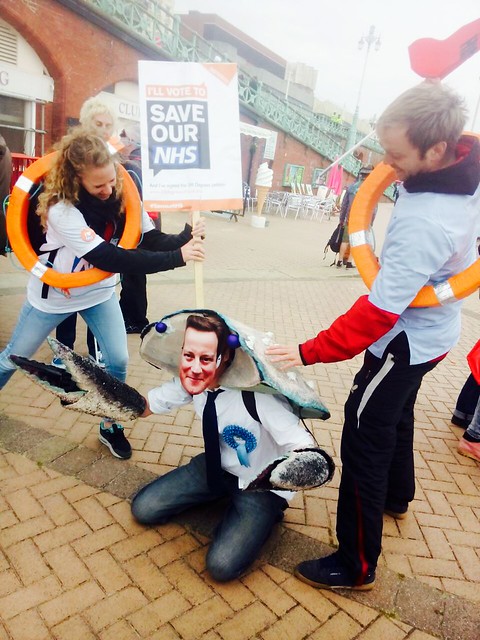