A political debate with a difference in Brighton Pavilion 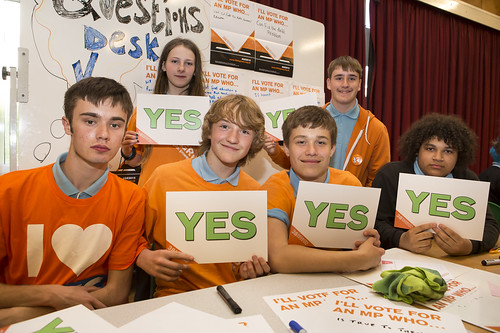 On Thursday 30th April Parliamentary candidates for Brighton Pavilion took part in an interactive debate at Patcham High School. The panel were tested on their local knowledge and forced to step away from the table to decide with students where they stood on particular statements such as “The voting age be lowered to 16”. Candidates faced questions ranging from health care to the environment, and were pressed hard on their commitments to education by students and teachers alike.

An enormous ‘Thank you’ card to the NHS sat proudly at the entrance, gathering messages of thanks for NHS staff. Students collected yet more petition signatures to add to the impressive 4,000 strong names from Brighton Pavilion calling on all candidates to protect the NHS. (Not signed it yet? Sign it here.)

Organised in conjunction with the Life Skills department at Patcham High School, students played a pivotal role in ensuring guests were welcomed, the event worked smoothly and (most importantly?) candidates were kept to time.

The room buzzed with energy as UKIP candidate – Nigel Carter – denied all human responsibility for climate change. Hours after the debate had finished, students had to be prised away from candidates as they surrounded them quizzing them on various policies. 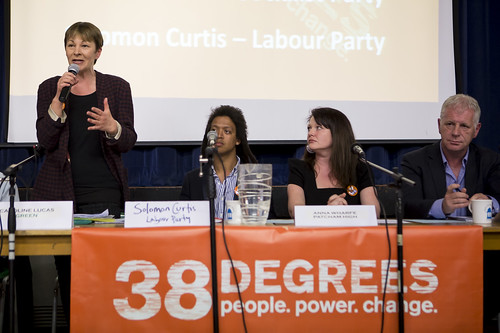 Caroline Lucas, the only Green Party MP in the country, has been the local MP since 2010.
Clarence Mitchell, Conservative Party candidate.
Solomon Curtis stood in Purna Sen for the Labour Party and wowed the crowd as the youngest parliamentary candidate in the country.
Howard Pilott standing for the Socialist Party of Great Britain.
Nigel Carter, the UK Independence Party (UKIP).

With apologies from Chris Bowers, the Liberal Democrat candidate. 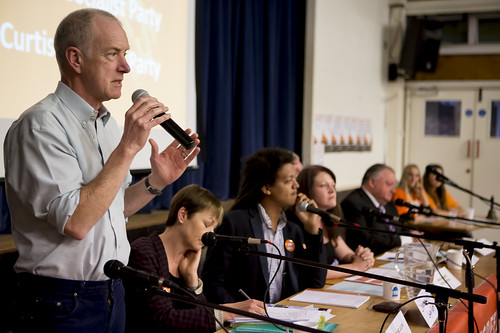 Here’s a small selection of the best pictures: 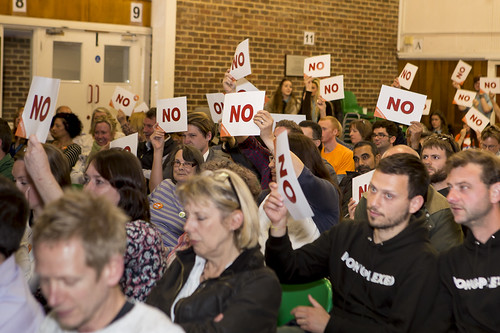 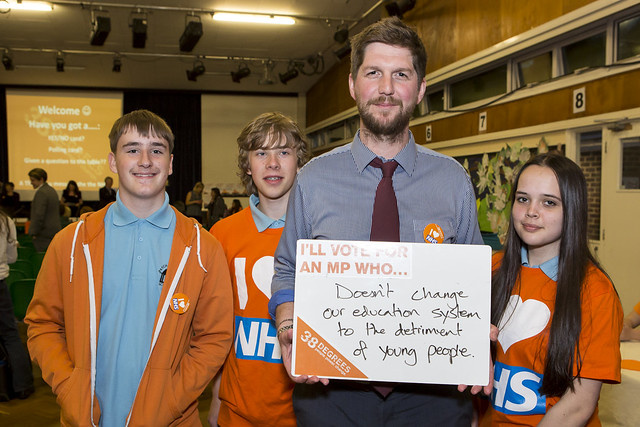 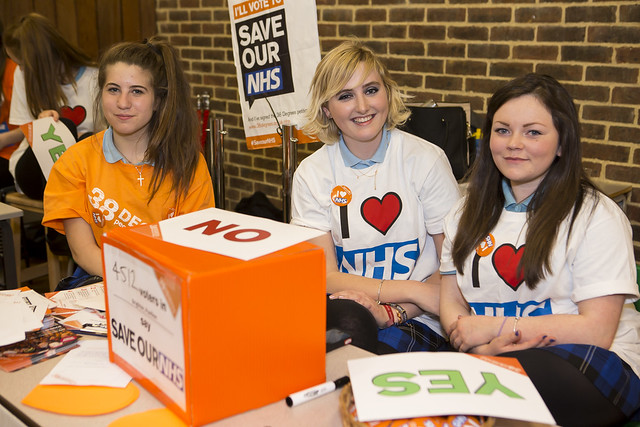 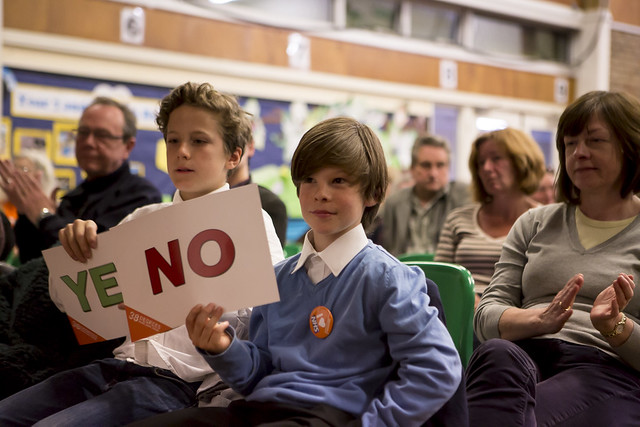