Members deliver ‘Save our NHS’ petition to Nick Clegg

On Saturday 2 May, just 5 days before the election, 38 Degrees members were out and about campaigning in Sheffield. We spent the morning in the city centre building support for the massive ‘Save our NHS’ petition. In the afternoon we headed to Crookes, which is part of the Sheffield Hallam constituency, to meet with the local MP candidates and present them with the names of the 2,000+ local voters who had signed the petition.

However much to the disappointment of local members, the incumbent MP for Sheffield Hallam and Liberal Democrat candidate Nick Clegg, sent a representative to collect the petition on his behalf. Members decided that this wasn’t good enough and agreed that if Nick Clegg wouldn’t come to them, they would go to him! 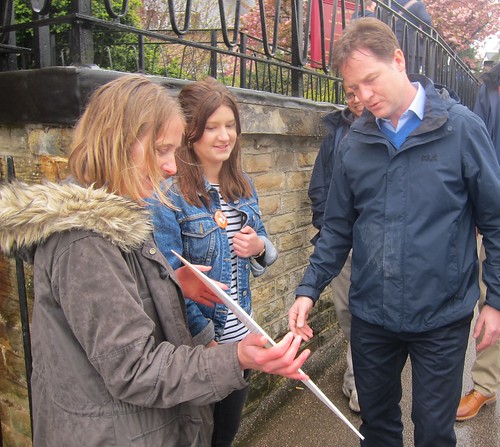 So, with the help of our trusty ‘Save our NHS’ ambulance and a head’s up from a local member about where Nick Clegg would be, we headed headed over to the church where he was hosting a meeting and parked outside ensuring that our message would be seen loud and clear!

It took a little convincing of Nick Clegg’s staff and a wait in the rain, but eventually we managed to personally hand the ‘Save our NHS’ petition to Nick Clegg and to outline our 3 main asks to him. 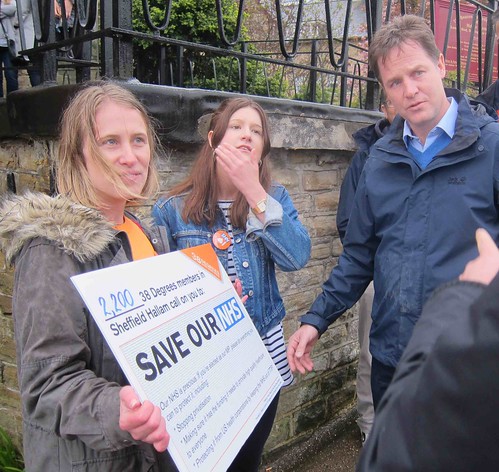 We quizzed Nick on his position on the Health and Social Care Act. He said he believed that it had introduced some important changes to the structure of the NHS and disagreed with us that it had resulted in too much privatisation of our health services. We raised the fact that biggest-ever sell-off of our NHS has recently been announced. Cancer treatment and end-of-life care is being privatised to the tune of £1.2 billion in Staffordshire. Nick wasn’t aware of this massive privatisation, but we made sure that he is now. Immediately after the meeting we sent him further reading about this massive privatisation. 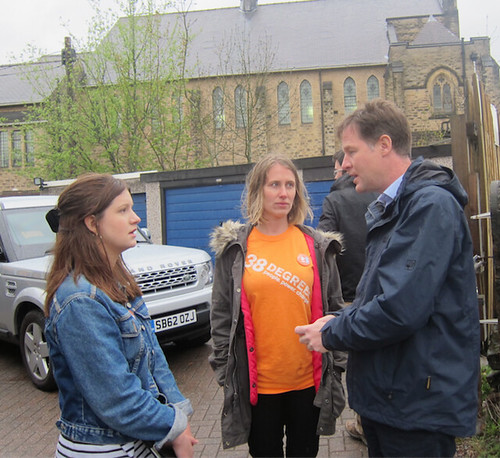 Nick Clegg was also adamant that the NHS will not be affected by the TTIP trade deal. He said that there had been assurances from officials in the EU that the NHS would not be impacted. Of course we know that assurances are not enough, a number of experts have said that they are worried that under TTIP American corporations could challenge domestic health policy measures using trade arbitration panels, instead of filing claims before regular courts. This is already happening under other international trade agreements: for example tobacco giant Philip Morris has challenged the Australian Government on their introduction of cigarette plain packaging recently. Clearly, we have more to do together in our campaign against TTIP. 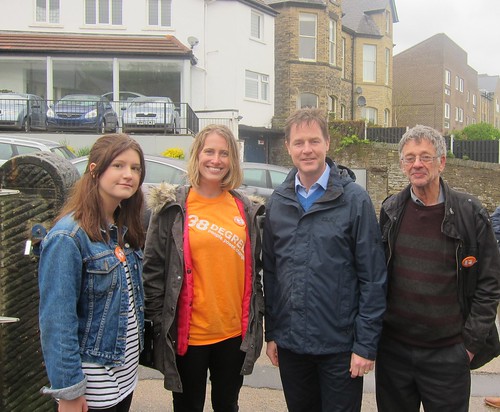 Whatever the outcome of the election this Thursday, 38 Degrees members have made sure that every candidate standing in Sheffield Hallam is aware that protecting our NHS from funding freezes, privatisation and TTIP is a key issue for local constituents.