Solihull campaigners have found that people are passionately care about the NHS. Last Thursday, April 30, we were able to have a wonderful publicity prop, the ambulance, and we did some petitioning in Shirley,  see below: 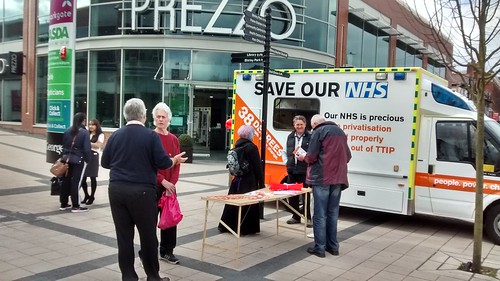 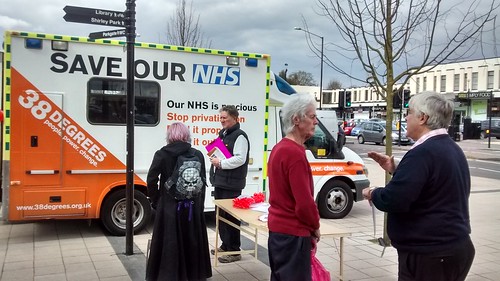 Although the footfall was fairly quite, people continued to come up and seek us out and wanted to sign up.Yes the ambulance made a great difference, but underneath it all is a fear of what might be happening to the NHS.

We then moved into the centre to meet two of the parliamentary candidates, Howard Allen from the Green Party  and  Nigel Knowles from the Labour Party: 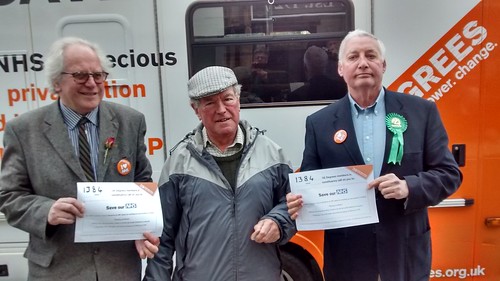 Terry Mandrell, from Solihull, is in the centre.

The number of signatures, 1129, collected in the constituency is shown below: 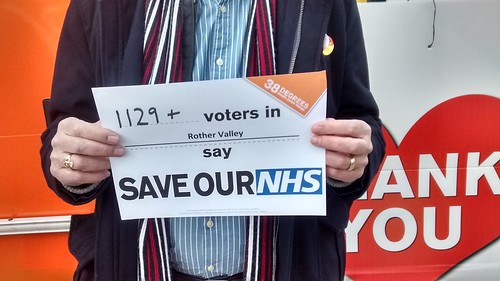 but remember this is only the tip of the icebergof the campaigning that has been done around the NHS.

Here are some more pictures of our local campaigners at work: 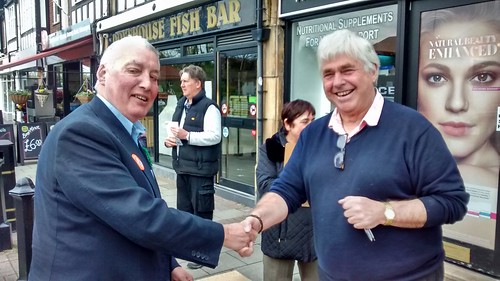 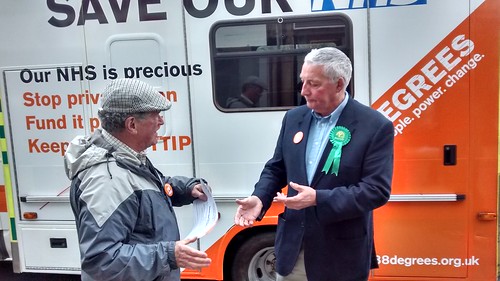 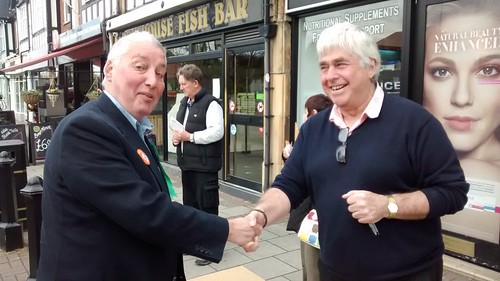 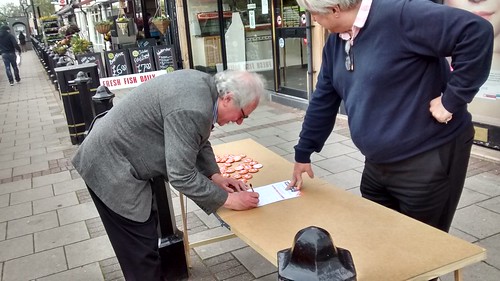 Whoever wins and whatever coalition is formed 38 Degrees will continue to campaign around the issues that we all care so deeply about. We  will also discuss what new campaigns we could open up.
In addition to campaigning we will also be setting up a local group. Do come along and join in.