Last week, George Osborne announced cuts to support for disabled people. This week, thanks to people power, they’ve been scrapped. His plans to cut this support while handing tax cuts to big business and the super-rich were simply unfair. And together, 38 Degrees members were part of the campaign that put a stop to them.

51,000 of us wrote to our MPs, asking them to stop this cruel cut. And the petition that 180,000 of us signed was used in the media as proof that public opposition was growing.

As the new welfare minister, Stephen Crabb, settled into his new job, we gave him a 38 Degrees welcome. Together, we asked him to stop the cuts to Personal Independence Payment with a huge advert outside his office and splashed across the pages of the Telegraph 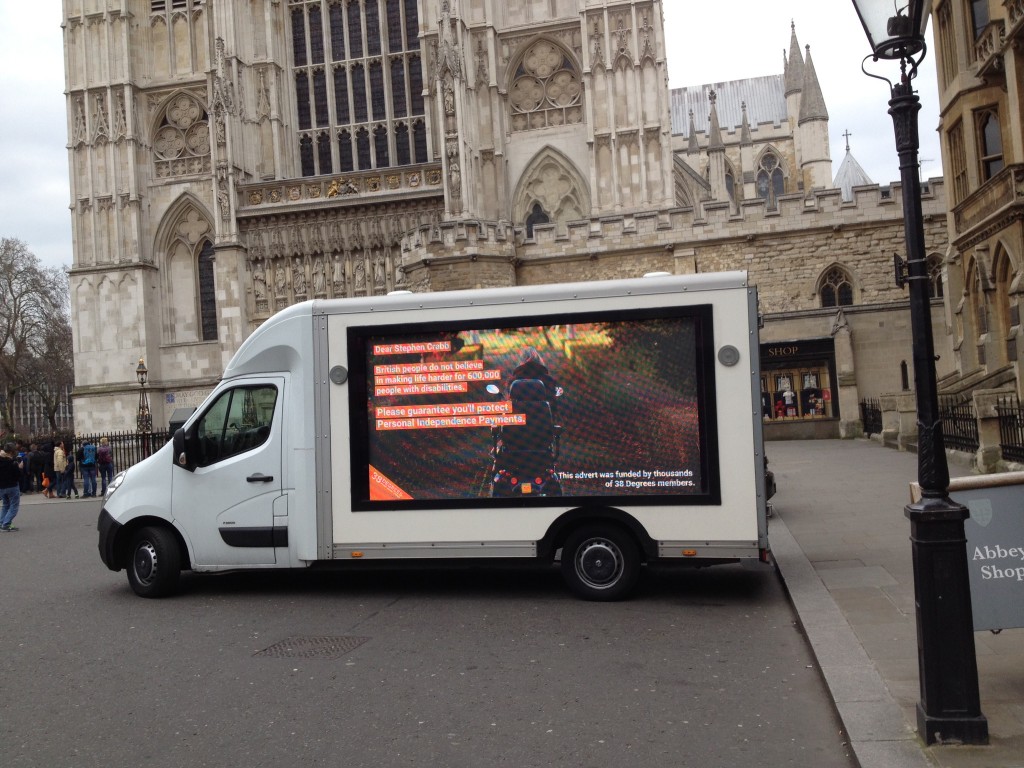 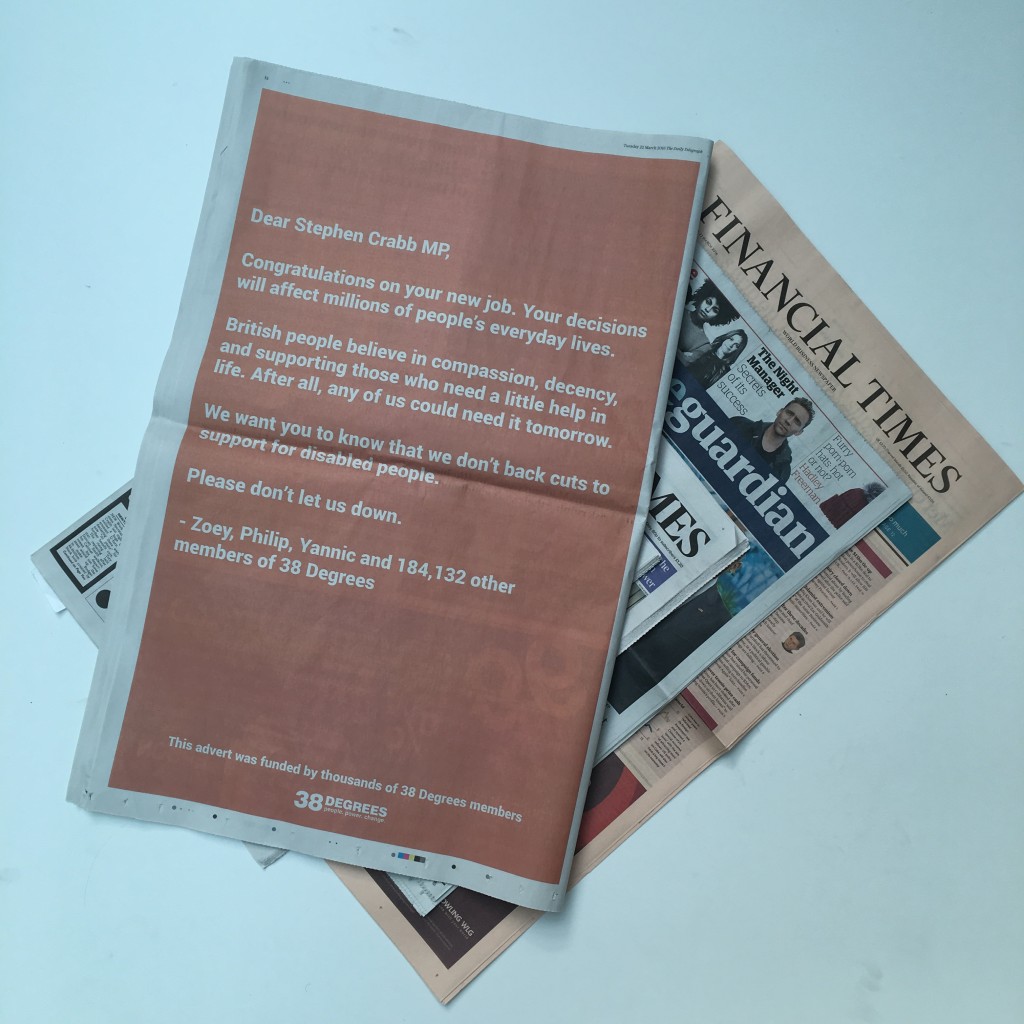 Lots of other things also contributed to George Osborne being forced to backtrack. Politicians spoke out, charities warned of the consequences, and the media piled on the pressure. But as the government desperately tried to change the subject, thousands of us, all working together, kept the debate focused on protecting disabled people. We can be proud of the part we played.