TTIP and the Scottish headlines!

This is a breakthrough. Together 38 Degrees members have dragged a scary, shadowy stitch-up into the daylight, thanks to a people-powered opinion poll 38 Degrees members paid for together. The press are talking about a secretive EU-US trade deal at a crucial stage in the Scottish election. 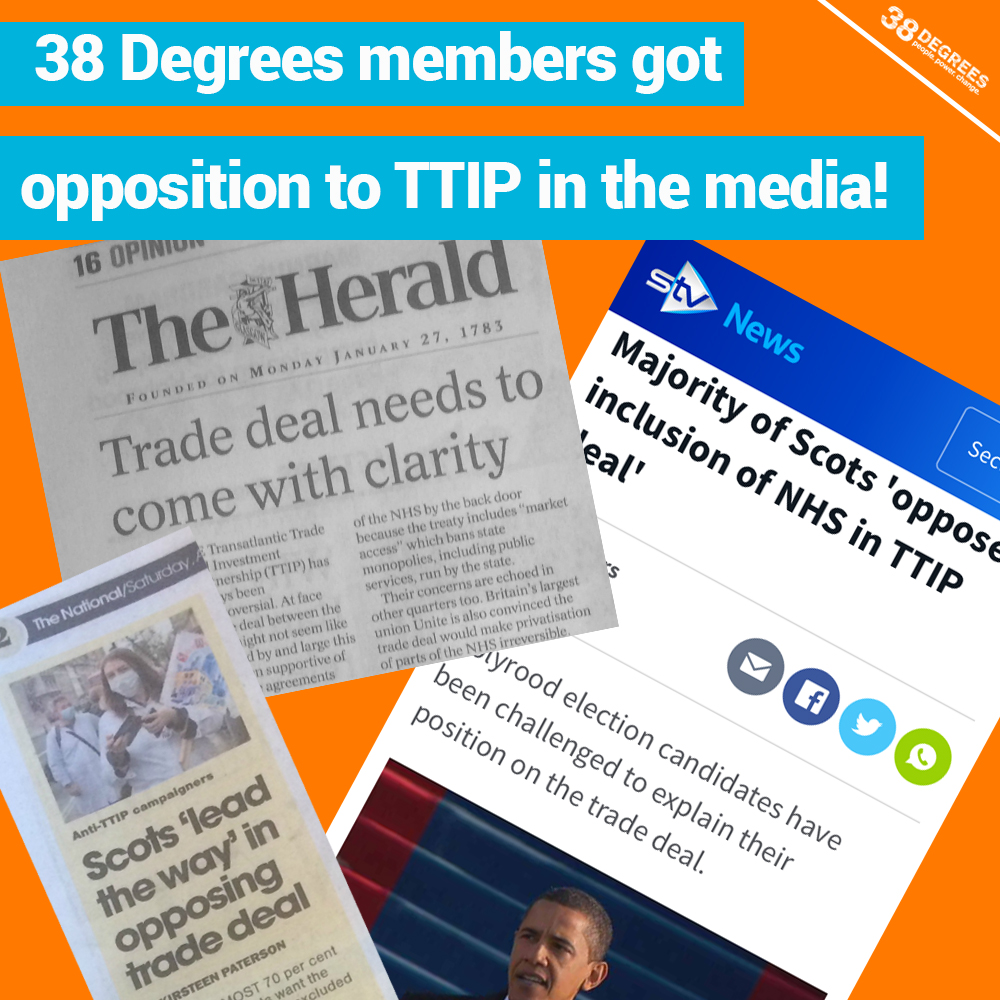 The corporate lobbyists and sneaky spin doctors behind this deal, known as TTIP, wanted it waved through quietly. But 38 Degrees members got Scotland’s media talking about it – in the final days of the Scottish election.

TTIP threatens our democracy and reads like a wish list for corporations: it could lower the quality of our food, threaten the future of our NHS and allow big businesses to sue us if they don’t like our laws.

Donations from hundreds of 38 Degrees members paid for an opinion poll which asked Scots what they felt about TTIP. It found that nearly 70% of Scottish voters want to see the health service protected from it.

STV gave it extensive coverage, asking the political parties to say where they stand. The Herald, the National and Third Force News all wrote news articles. Best of all, the Herald wrote a blistering leading article on TTIP, warning of its dangers.

Media stories like this won’t stop TTIP on their own. But it’s a crucial ingredient in a successful campaign. Press coverage helps sound the alarm and make sure more people know about the threat of TTIP. And politicians are sensitive to headlines like this – negative coverage of TTIP increases the pressure on them.

This all really matters because it means Scotland’s politicians will know they actually need to do something about TTIP. If the next government at Holyrood comes out against this dodgy agreement, it would cause a major problem for this troubled deal.

It’s been hard work getting TTIP onto the agenda. But, because enough 38 Degrees members chipped in and worked together, we’ve just had a major breakthrough.