Have your say on 38 Degrees General Election survey

The recent announcement of a snap general election caught everyone by surprise. So, over 200,000 of us came together to have our say on what 38 Degrees should do during the 2017 general election. Read on to see what was said:

(You can click on the following images to make them bigger)

Whether 38 Degrees members were feeling hopeful or stressed about the prospect of another election, most of us agree that Brexit and the NHS are the most important issues in this election. 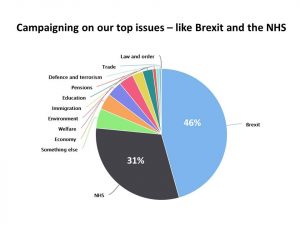 Most of us agree that 38 Degrees should work on the general election, but continue to work on other campaigns that are not related to the election. 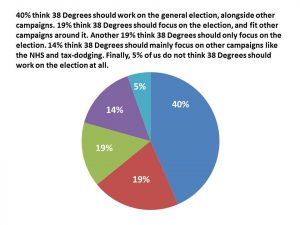 And, more than 200,000 38 Degrees members are ready to work together during the election. 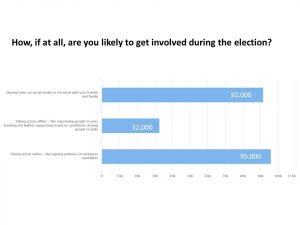 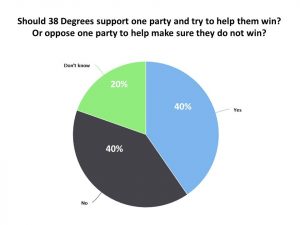 38 Degrees members come from across the country and have many different backgrounds and opinions. We don’t all agree on everything, and that’s okay – but when we all come together, we can make a plan for how to make the UK a better, fairer place for everyone.

That’s why there’ll be a new survey to fill out soon so we can all have our say on what 38 Degrees’ next steps should be. Keep an eye on your inbox!