The results: the future of 38 Degrees

There’s so much at stake: Brexit. The future of our NHS. Protecting our environment. And whatever you think about the current government, the decisions our MPs make in the next couple of years will define the UK for generations to come.

That’s why 100,000 of us shared our ideas for how we’re going to take on the big challenges ahead of us (and win). Now the results are in! Together we are going to:

1. Throw everything we have at making sure that our MPs in Westminster listen to us on the big issues, like our NHS and Brexit. Because some things are too important to leave up to politicians alone.

2. Get millions more people involved in 38 Degrees to make us even more of a force to be reckoned with. And the more of us who get involved, the more we can persuade politicians to notice.

3. Fiercely guard our independence so that we can take on the people in power, without worrying where the next cheque is coming from. That means giving millions more of us the opportunity to chip in fivers and tenners, and staying totally independent from political parties.

Although as 38 Degrees-ers we all come from different walks of life, there’s so much that we agree on. We all believe we should tackle inequality head on – so everyone has an equal chance in life. And we’re convinced that the more of us who are involved in decisions that shape our lives, the better things will be.

People like you are really rather special. In our hundreds of thousands, we win campaigns every week to make the world a better, fairer place. From saving our hospitals to making sure our doctors and nurses are paid properly, 38 Degrees-ers are taking on the big challenges and winning.

Here are the results of the survey:

Question 1: Do you feel hopeful about the future of the UK? 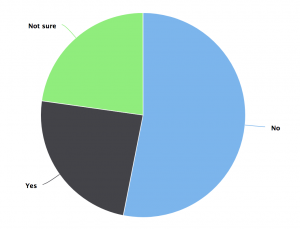 Question 2: Is it still right for 38 Degrees to stay totally separate from political parties? 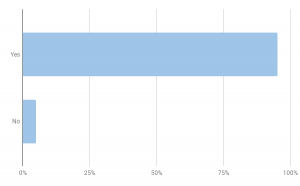 Question 3: There are some other principles behind 38 Degrees. Are these still right?

Involving 38 Degrees members (like you!) in important decisions about what 38 Degrees does next

Being funded by small donations from the public, so we can stay independent and hold anybody and everybody to account

Question 4: Some people say that the results of the election and the lack of majority in the House of Commons means that organisations like 38 Degrees have a much bigger chance of influencing decisions. So, should we focus more of our efforts on winning campaigns in Westminster? 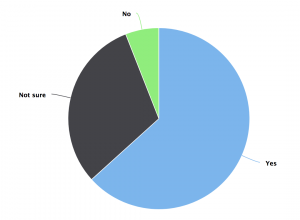 Question 5: Here’s a list of some of the things 38 Degrees already does. Should we do more of them, less of them, or stay the same?

Question 6: Which values do you want 38 Degrees to focus on most? Drag the boxes to put the most important ones at the top.

1. Top-quality public services like the NHS and schools
2. Closing the gap between rich and poor
3. Giving everyone an equal chance to get on in life, no matter their race, class, gender, age, disability or sexuality
4. Protecting nature and the environment
5. Making sure the public is involved in politics and politicians listen to us
6. Peace in the United Kingdom and the world
7. Strengthening our relationships with other people where we live

It’s taken us a little while to go through all the thousands of responses to the survey – but the the office team have enjoyed seeing so many encouraging and thoughtful comments. Here’s a little taste:

“You do so much already. Huge huge thanks from me. You have my full support and my admiration for all that you do get involved with.”

“Remind politicians who pays their wages. Ordinary people need to be reassured they have power.”

“I don’t think that 38 Degrees should affiliate itself with one political party over another.”

“38 Degrees is so helpful in challenging my anger and despair at how policies are handled and enabling me not to feel so helpless when I don’t have the time or physical stamina to do much but write letters. It also makes me realise that I am not alone which is very helpful.”