Emergency workers often risk their lives to protect us, but many face abuse and assaults for just doing their job. Not any more. Thanks to thousands of 38 Degrees members, who persuaded our MPs to vote for the “Assaults on Emergency Workers Bill”, the bill passed. Now we are a step closer to getting tough action to stop paramedics, nurses and other emergency workers getting attacked at work.

Matt, a 38 Degrees member who is also a paramedic and has experienced being assaulted at work, wanted to tell you what this bill means to him: 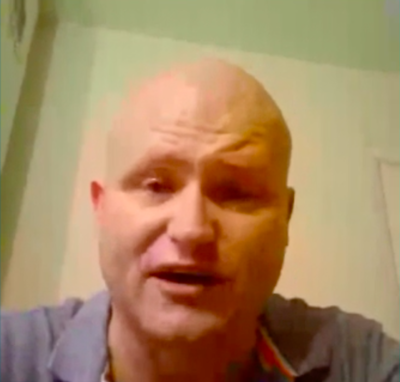 “We give up so much of our time to help other people. We give up time away from family and away from loved ones and you expect that when you have given up that time, that your time will be protected. It’s important that there’s some kind of deterrent to stop people from doing that.”

38 Degrees members threw ourselves behind our emergency workers, like Matt, who deserve to be protected at work: 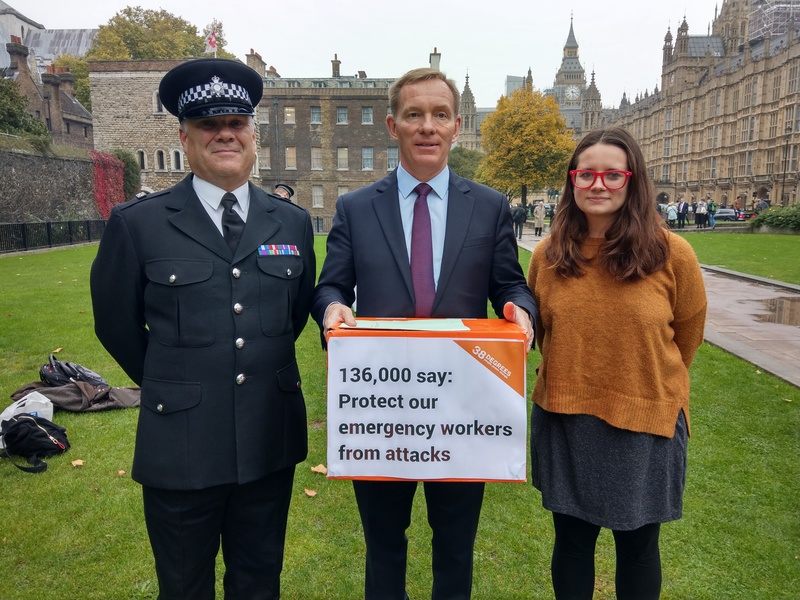 Here’s Megan from the 38 Degrees staff team handing in the huge petition to Chris Bryant MP.

Victory 2: We’re helping parents when they need it more than ever

Losing a child is every parent’s worst nightmare. Being forced to go into work the next day too is almost unthinkable. Now thanks to pressure from thousands of 38 Degrees-ers, on Friday MPs passed a bill to guarantee paid bereavement time for parents who lose a child. The new law was proposed by Kevin Hollinrake MP, who worked together with 38 Degrees members to ensure that enough MPs turned up and passed the bill.

Here’s a message from Maureen, a 38 Degrees member from Barking who lost a child, about what this means to her: 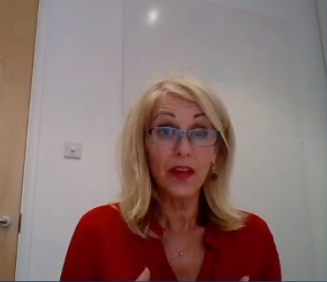 “I do hope that this bill will meet some of their financial needs. It’s so emotional, the stress, the heartache. It’s a continuous heartache, having the financial support from the beginning minimises your grief and helps you go on and helps for the future particularly in the early days.”

Here’s how 38 Degrees members won the campaign together: 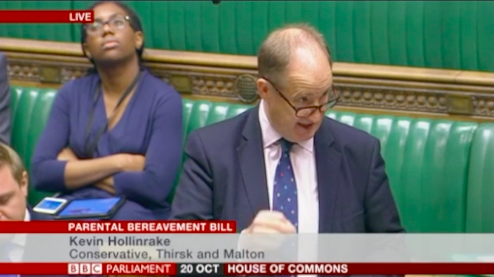 Victory 3: We’re saving our NHS, one local service at a time

Thanks to thousands of 38 Degrees members in Corby, the doors of their local NHS Urgent Care Centre are still open today. When Lyn first heard that NHS bosses wanted to close the centre at the beginning of October, she set up a 38 Degrees petition to save it.

Thousands of people from Corby signed her petition. The pressure was enough to renew the contract for the centre, so the doctors and nurses can keep saving lives.

There’s still work to do to save it for the long term. But the people of Corby can breathe a sigh of relief that it won’t be closing anytime soon, thanks to the power of 38 Degrees members.

Victory 4: We’re protecting our NHS all over the UK too

When Jeremy Hunt floated an idea that meant people could be turned away from A&E, 38 Degrees members weren’t just angry. We got organised. Under the possible plans, people could’ve been sent home from A&E unless they called an NHS helpline or saw their GP first.

After 116,094 of us signed a huge petition asking Jeremy Hunt to rule out the plans, and sent him 11,125 tweets, he had a message for us on Saturday:

Thanks to 38 Degrees members, this terrible idea was nipped in the bud.

There’s a lot to be proud of this week. It can feel hard to create change as just one person. But when our voices join together with thousands more, we can all make huge positive differences to people’s lives – from the Maureen’s, Matt’s and Lyn’s, to the millions of us that use the NHS every year.

Let’s keep working together to make the UK a better place.