A dangerous deal between the NHS and the Home Office means that doctors are being forced to share patients’ private details. Some people are now so afraid to go to the doctors – they aren’t going even when suffering from a life-threatening condition. It’s costing lives. Doctors, medical bodies and an influential group of MPs have all slammed the deal as unethical and dangerous. So far Health Secretary Jeremy Hunt has chosen to ignore the experts and has done nothing.

But 71,000 members of 38 Degrees have signed a petition started by Doctors of the World calling on Jeremy Hunt to scrap the deal. And yesterday we ramped up the pressure even more! 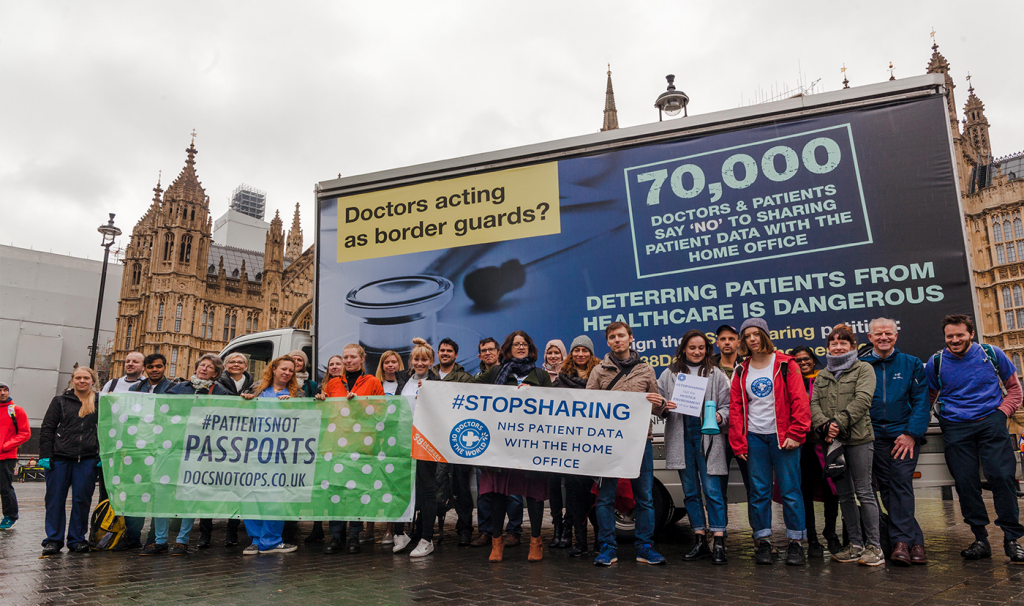 Thousands of 38 Degrees-ers chipped in to fund an ad van which was driven around the streets of Westminster – demanding Jeremy Hunt scraps the deal between the NHS and the Home Office. The van was joined by dozens of doctors, nurses and midwives all calling on Jeremy Hunt to just let them get on with their jobs and stop acting as border guards. 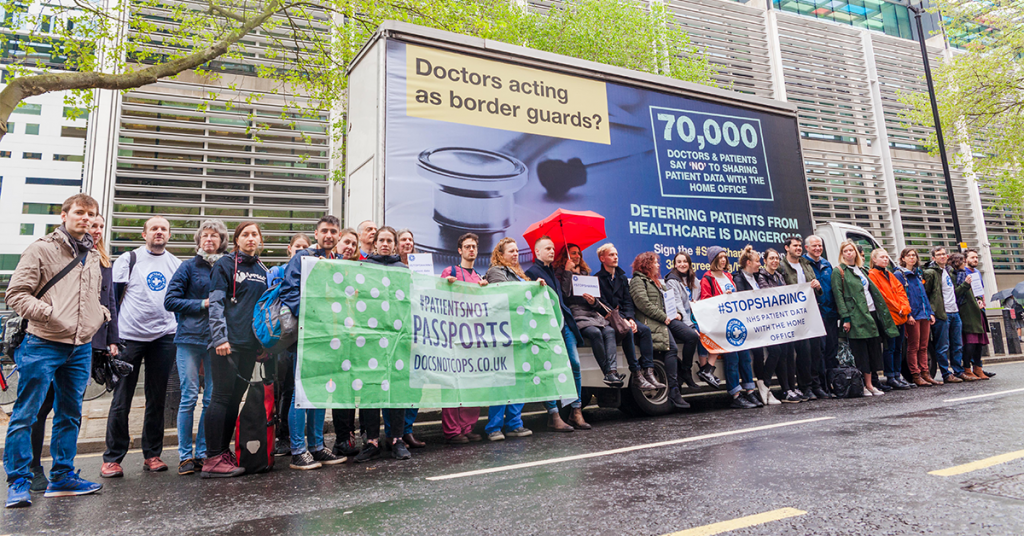 As the van drove through the rainy streets of Westminster – thousands of 38 Degrees-ers emailed, tweeted and even called Jeremy Hunt asking him to scrap the deal. We brought the campaign to Jeremy Hunt’s doorstep and it had an impact. The press took notice: