For years our government has sold millions of pounds worth of weapons to Saudi Arabia that are being used to kill and displace millions of people in Yemen. We’re profiting from what’s been called “the worst humanitarian crisis” of our time.

Saudi Arabia has been dropping bombs on Yemen for four years now. On hospitals, schools, even refugee camps. They’ve killed thousands and displaced millions. And they’ve used bombs built in Stevenage, Harlow and Glenrothes to do it. It’s shameful.

Just days ago – in a historic court ruling – the government were told to stop selling arms to Saudi Arabia. Now they’re using every trick in the book to wriggle out of it, and protect the profits of a trade that is killing families and tearing communities apart.

The court’s decision is all over the papers and some MPs are already speaking out. What’s missing is a huge backlash from the British public. Together we can force the government to cancel all current and future arms deals – and launch an inquiry to make sure our country never profits from atrocities like this again.

It’s easy to feel helpless in the face of huge issues like the arms trade – like there’s nothing we can do to stop atrocities overseas. But, as 38 Degrees members we don’t stand by when crises like this are happening. We’re powerful in our numbers – we can come together and demand our government stops selling bombs built on British soil for good.

The government will be doing all they can to get away with ignoring the courts ruling. Together we need to speak out in our hundreds of thousands and prove that we won’t stand by while our country’s exports claim the lives of so many. Sign the petition here and tell the government to stop profiting from death and destruction. 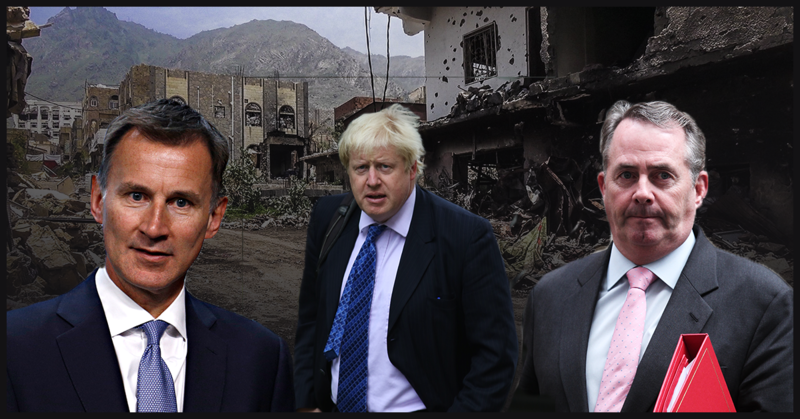