38 Degrees members helped stop the government’s plan to push through a disastrous no-deal Brexit. That’s something to be proud of.

On Monday a law to help stop a no-deal Brexit came into force. It could be enough to make sure our jobs, our access to medicines and our food safety aren’t on the line because of a no-deal Brexit.

And it happened because hundreds of thousands of us helped pile the pressure on our MPs for weeks and months.

Here’s just a snapshot of some of the amazing work we have done together (and there are some pictures below too if you want to take a look):

It’s not over yet. Despite the new law Boris Johnson is still trying to find a way to force through his disastrous no-deal Brexit. But we’ll be watching, ready to jump into action.

Together we can stop Boris Johnson pushing through his no-deal Brexit.

Here are some pictures from the campaign: 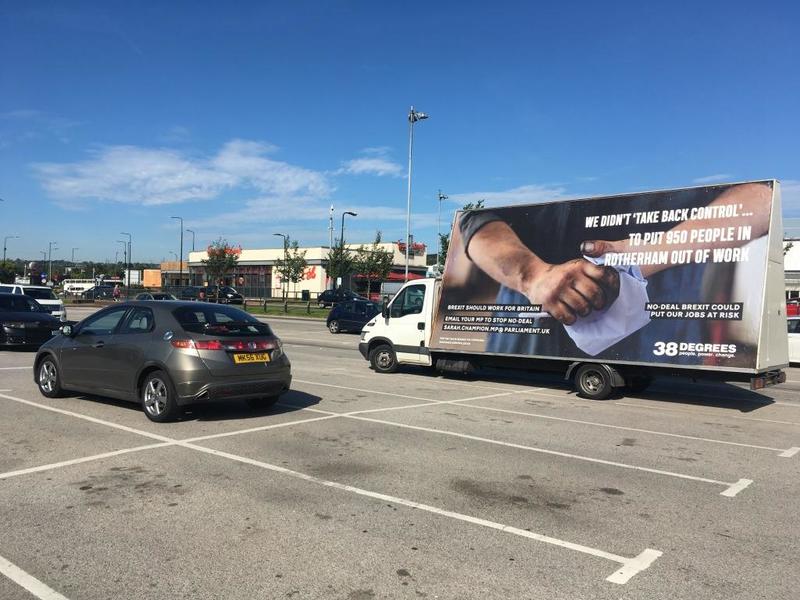 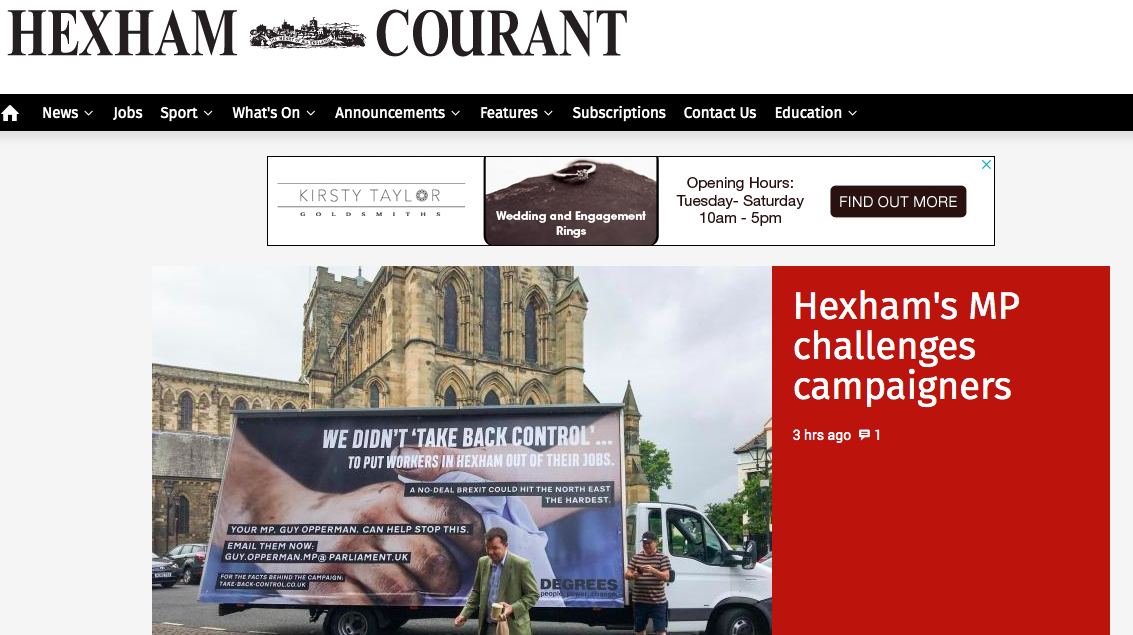 And here are just some of the local and national papers that covered our campaign: