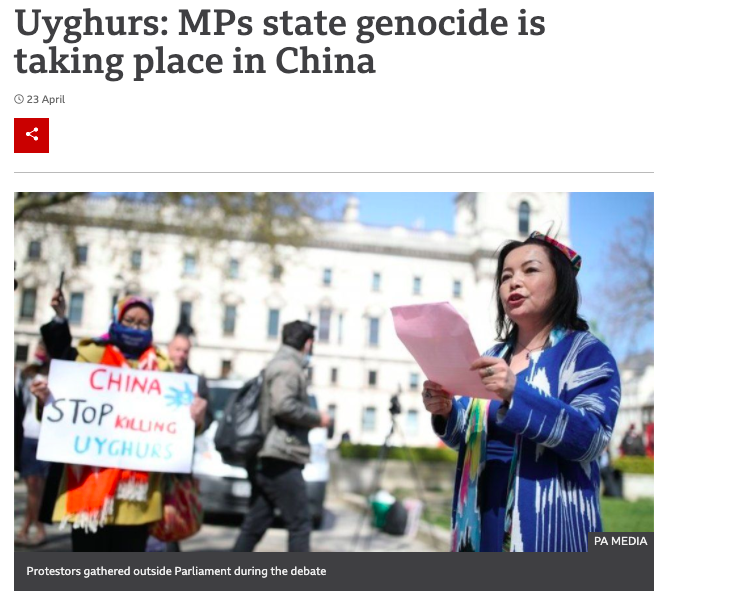 We did it! The UK Government has formally declared a genocide is taking place against the Uyghur population in China.

It’s taken so long to get to this point, but we have finally joined several other countries in calling out this massive injustice. The non-binding vote was passed on the 23rd of April 2021 and it means that the UK is now on the right side of history. This victory has been made possible thanks to the combined efforts of campaigners and organisations across the country – and of course our members!

For the past few months, thousands of people campaigned for change on this issue, by refusing to back down on the UK’s stance towards the horrendous human rights abuses that have taken place in Xinjiang.

Here’s some of the ways 38 Degrees made it happen:

We achieved all this – and we did it together.

Although this victory alone won’t bring these injustices to an end, along with the continued work of organisations like End Forced Uyghur Labour and Uyghur Solidarity UK it means we’re one step closer to bringing this nightmare to an end. Please continue to keep yourself updated on this issue by checking out these organisations.

38 Degrees is made up of a small team of staff that do their best to make sure our members’ voices are heard. We don’t have big donors backing us, but our organisation relies on something more stronger – people power. And it’s the reason why we have moments like this to celebrate.

Thank you for everything you’ve done.