Voters want honest leaders, but feel let down by the government 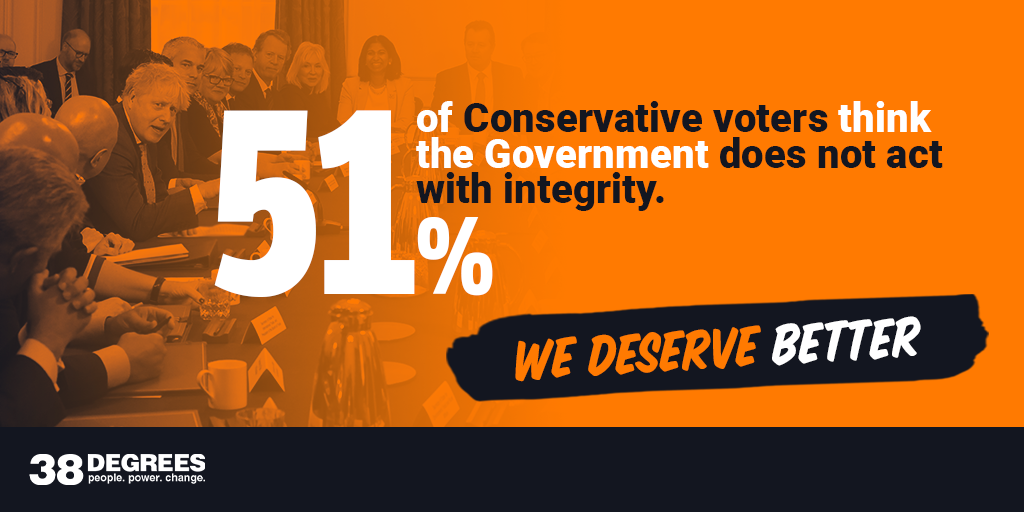 The row over Christmas parties held in No 10 Downing Street has further eroded people’s faith in the government. That’s the key finding of a new tracking poll from campaign group 38 Degrees – and our supporters who voted Conservative in the past are furious.

We regularly conduct polling into the health of our democracy, looking at how people feel political leaders, and government as a whole, uphold the ‘Nolan’ principles of selflessness, integrity, objectivity, accountability, openness, honesty and leadership. Here are some of the key findings: