Tonight, there’s a big public meeting in Rochester. Some of the people who want to be the new MP will be answering questions. So 38 Degrees members are going along to take part.

The meeting is part of the “open primary” process to choose the new Conservative election candidate. But it’s not restricted to members of the Conservative Party. However you plan to vote, it’s a chance to put questions to candidates on the issues that matter to us.

A public meeting organised by a political party may isn’t how many of us normally spend an evening! But this meeting could mean a lot for the future of Rochester and Strood. The candidates will be desperate to impress – so it’s a great chance to push them on the issues that matter to 38 Degrees members.

Some 38 Degrees members will be meeting for a coffee beforehand to talk about what questions we most want to ask.

Here are the arrangements:
Where: The Rochester Coffee Company, 89 High Street
When: 6:45pm

The Conservative event itself starts from 7.30pm at the Corn Exchange. 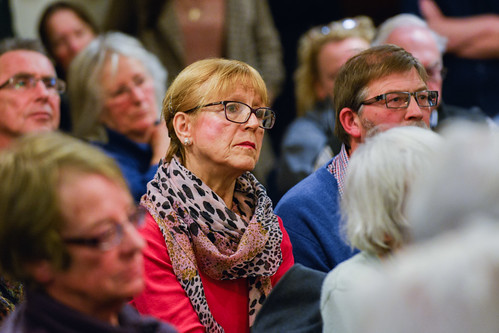 38 Degrees is independent of all political parties. That means we can try to influence them all on the issues that matter most to us. 38 Degrees members in Rochester and Strood have already been voting on which issues we’d like to push up the agenda. Here’s a flavour of what’s coming top so far:

Tomorrow’s a chance to ask the Conservative candidates where they stand on these kinds of issues.

Here’s what some 38 Degrees members in Rochester and Strood are already saying about the by-election:

“We need politicians who care about ordinary people more than lining their own pockets.”

“I will continue to try to get people to vote as I believe this is an important period in British politics. Until now the choices offered were limited but it seems there may be light at the end of the tunnel and we are long overdue for a change.”