On Tuesday evening, over 250 people filled the Corn Exchange in Rochester for a People Powered Question Time.

It was standing room only as 38 Degrees members and residents in Rochester & Strood quizzed the by-election candidates on their plans for the NHS, Medway Maritime Hospital, Lodge Hill and much more.

Faisal Islam, political editor of Sky News was chair for the evening and made sure that candidates answered our questions directly and didn’t waffle! 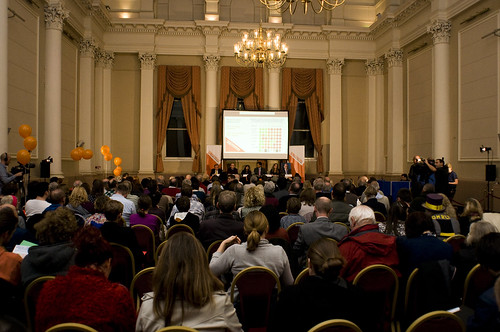 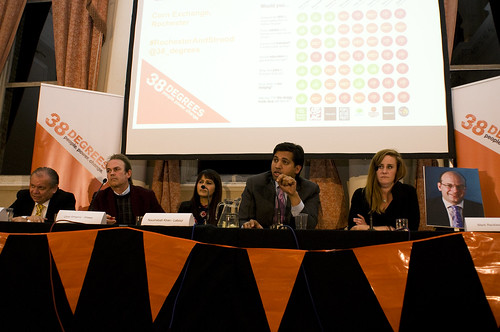 The hustings event was people-powered. That means that we gave the candidates instant feedback on what we thought about their plans for Rochester and Strood. Everyone in the audience had YES and NO flashcards. If we liked what the candidates were saying, we all held up our YES cards. If we didn’t like what they were saying, they knew about it.

This way, we made sure that the candidates trying to be MP knew exactly what local people wanted them to do, or didn’t want them to do. 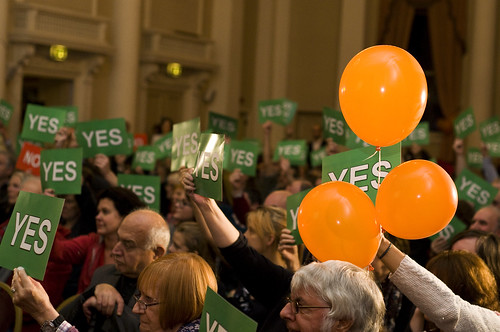 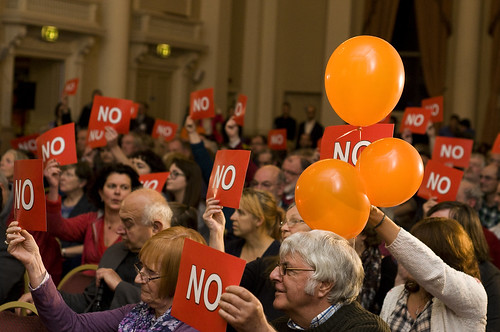 “Exactly what do you mean by affordable housing? Affordable to who?”

“Do you support excluding the NHS from the TTIP trade deal?”

“Are you going to spend more money on the NHS?”

“Where do you stand on the Lodge Hill development?”

These were just some of the questions that people in the audience put to the candidates. 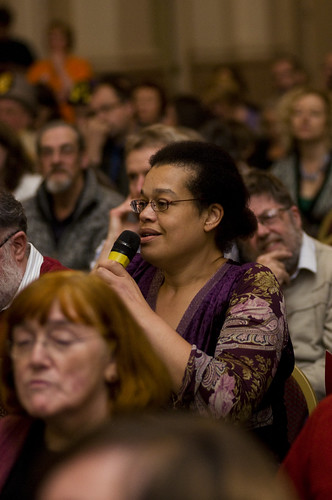 The People Powered Question Time was our chance to get beyond party-political spin and the issues that have dominated the headlines in the run up to the by-election. Instead, the debate focused on the NHS, schools and the environment.

By the end of the evening, we had a much clearer idea of where the politicians stood. We also heard from the independent candidates Stephen Goldsbrough, Chris Challis and Mike Barker, and Hairy Knorm Davidson of the Monster Raving Loony party. 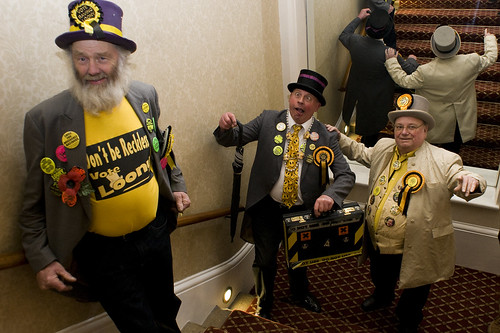 There was quite a bit of media coverage of the evening. The Mirror were there Live Tweeting, and Sky News did a live broadcast in the middle of the event.

Together, 38 Degrees members made the People Powered Question Time a massive success. Volunteers helped with the roving mic, welcoming people, manning a stall with t-shirts and badges, and leafletting the event for weeks beforehand.

What we did together in Rochester & Strood is an example of the type of hustings events we could put on around the country before the general election. People, power, change!