On Saturday, locals out and about in Sheffield’s city centre were invited to spin giant ‘coins’ and test their luck about TTIP – the dodgy trade deal that’s a threat to our democracy and our NHS.

This was Sheffield’s creative contribution to a global day of action demanding that TTIP is stopped. We had a colourful presence in the middle of Fargate and together handed out hundreds of leaflets with information about TTIP to make sure even more people find out about this secretive trade deal – that lots of politicians want to keep under wraps. 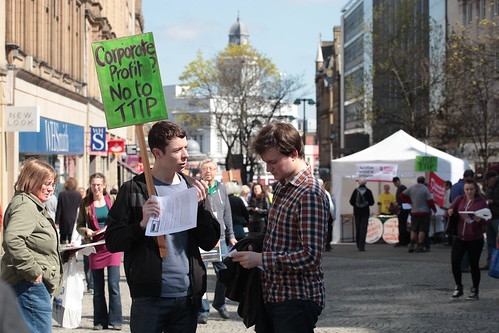 We also collected more than 300 signatures on the huge EU-wide petition against TTIP to build pressure on governments across the continent to take a stance for democracy. 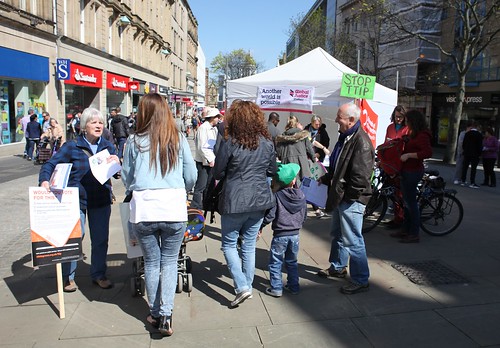 38 Degrees member Ruth has been campaigning against TTIP since she first heard about it last year, “I am alarmed by the massive powers TTIP gives corporations to get rid of laws that protect us or force privatisation in our public services. Officials in Brussels have said that our NHS is protected from TTIP – but leaked documents have shown even that’s not true.”

Another 38 Degrees member Huw had been in bed on Saturday morning when he got an email from 38 Degrees about the action, he decided to get up right away and head into the city centre to join the stall because “it doesn’t take much to get involved, but if we all do our bit we could stop this dodgy deal.” 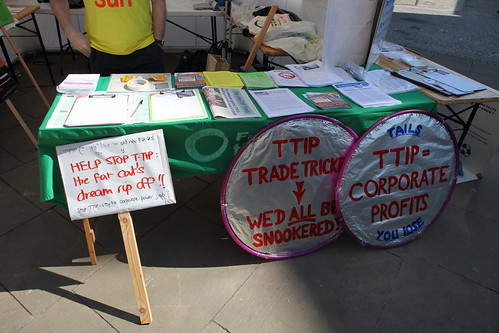 Want to learn more about TTIP and where candidates standing to be an MP in Sheffield Hallam stand? Come along to a public meeting on Monday 27th April, from 7pm, at the Quaker’s Meeting House, St James Street, Sheffield S1 2EW. Sign up to attend here. All are welcome!

To get more involved with what 38 Degrees members are up to this election in Sheffield, join in the conversation here.