Cornish Campaigners Step out to Save Our NHS

Cornwall was abuzz with NHS campaign activity at the weekend as 38 Degrees members came together once again to take our ‘Save our NHS’ message to the masses, and in some places that included our parliamentary hopefuls. 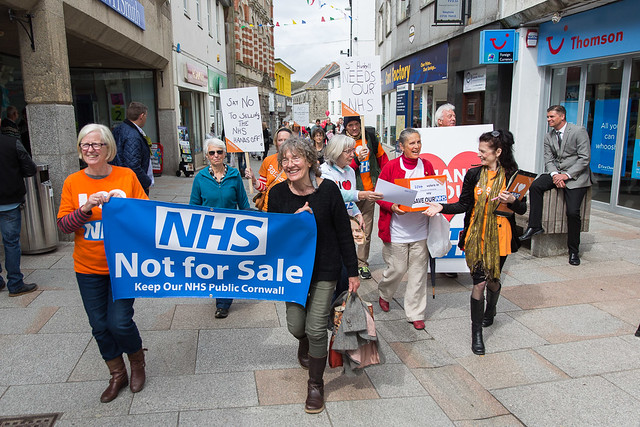 In St. Austell, four out of the six MP candidates (Lib Dems, Mebyon Kernow, Labour and UKIP) attended a photocall to accept a certificate giving details of the 38 Degrees Save our NHS petition which has attracted over 2000 signatures in the St Austell and Newquay constituency alone. Passers-by were also happy to sign a giant card thanking NHS workers, and share personal experiences of how the NHS had helped them. Oh, and the event made it onto the BBC news that evening! 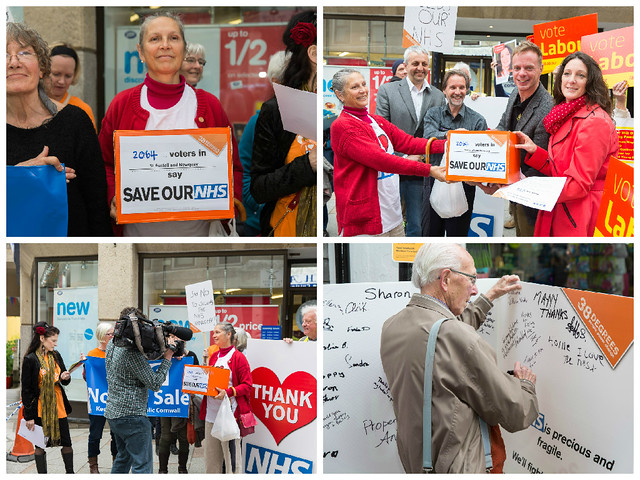 In Camborne, members added over 500 signatures to the Save our NHS petition, taking the total for the Camborne & Redruth constituency to over 1,800. A lifesize coffin, propped up against the street stall attracted lots of attention and helped convey the important campaign message: “Don’t send our NHS to the grave!” 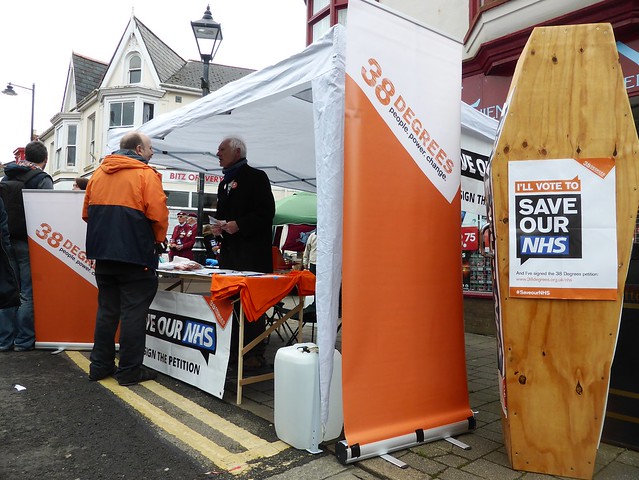 “The NHS has saved my life three times, I’ll fight to protect it,” was just one of the many messages of support for the NHS collated by members in Penzance over the course of a busy day at the 38 Degrees pop-up shop in Causewayhead. The Labour and Green candidates also stopped by to show their support for our Save our NHS campaign.

Outside a packed hustings in Truro on Sunday, members presented all nine parliamentary candidates with NHS petition certificates and posed for a photo. But while eight of the nine candidates were happy to discuss their standpoints on NHS funding and privatisation, the Conservative incumbent, Sarah Newton, felt it was too complicated an issue to explain in a verbal answer and said she would write an email instead. We are eagerly awaiting a response… 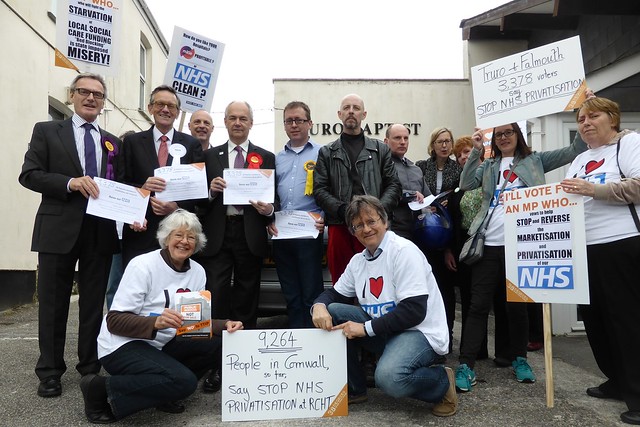