Hampstead and Kilburn locals challenge MP candidates on the NHS

If you were out and about at Finchley Rd on Saturday 25 April it would have been impossible to miss the colourful group of 38 Degrees members campaigning to ‘Save our NHS.’ Throughout the day they talked (and sung!) to hundreds of voters about the importance of protecting the NHS at the general election. 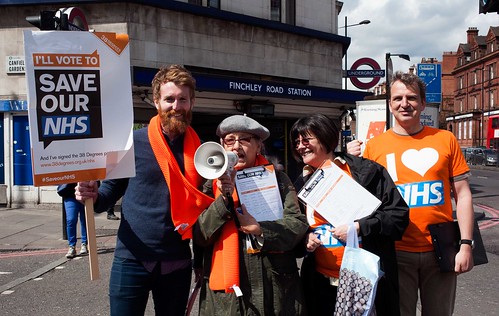 1,929 local residents had already signed the ‘Save the NHS’ petition and on Saturday, 38 Degrees members inspired hundreds more people to add their support. The petition calls on MP candidates, if elected, to protect the NHS from privatisation and funding freezes and to ensure it’s kept out of the TTIP trade deal. 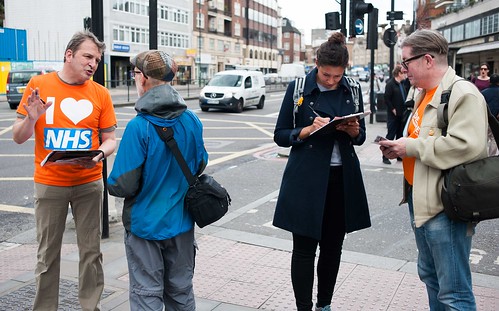 38 Degrees members said they found it really easy to talk to other locals about why the NHS is such an important election issue. They even inspired 3 local NHS workers to sign the petition and then stay on the stall encouraging other passers by to stop and add their support to the petition!

Members also arranged to have a GIANT ‘Thank you NHS’ card for people to write their personal messages of thanks and support. The stories collected over the day were really powerful reminders of the role the NHS plays in our lives. Messages ranged from people thanking the NHS for delivering their children, to saving their life. 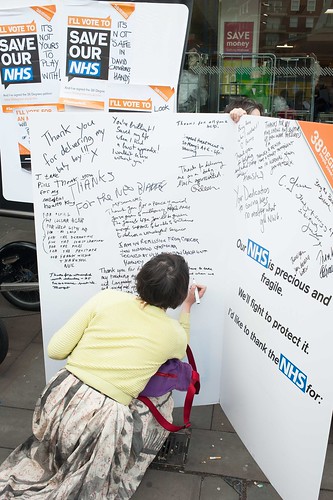 In the afternoon we were joined by the brilliant ‘Raised Voices’ choir who attracted a crowd with their renditions of original songs about the NHS. 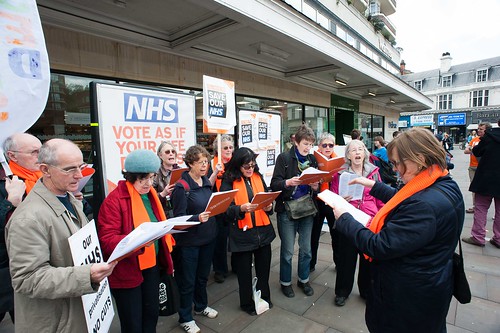 And we were also joined by the eye-catching “NHS – Vote as if your life depends on it” bike that was doing a tour around busy spots in North London. 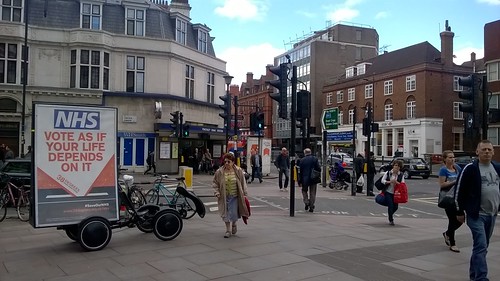 All of the candidates standing to be the next MP in Hampstead and Kilburn were invited to come meet with local 38 Degrees members and receive a copy of the petition. Tulip Siddiq (Labour), Rebecca Johnson (Greens) and Magnus Nielsen (UKIP) all came to the brief event. Simon Marcus (Conservatives) and Maajid Nawaz (Liberal Democrats) didn’t attend. 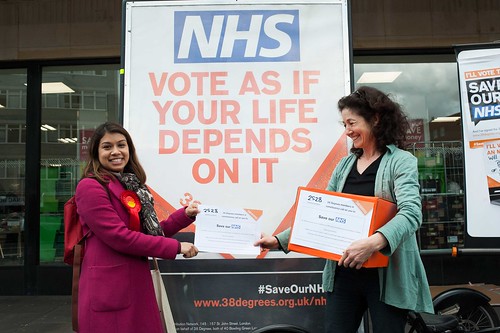 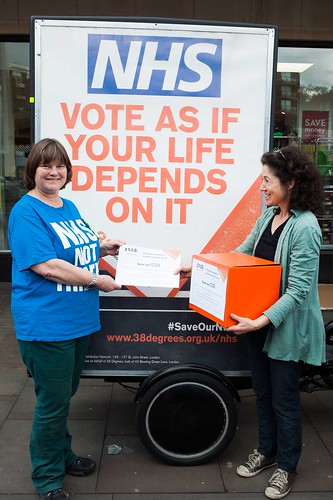 Saturday’s ‘Save our NHS’ action day was a strong display of people power. MP candidates standing in Hampstead and Kilburn have been told loudly and clearly that cutting NHS funding, or handing it over to private companies, is a huge turn off for voters. Local member Gill who coordinated the petition hand-over said: “I loved being part of the 38 Degrees team today! It was brilliant to see so many people out in force supporting our NHS, and the choir was the cherry on the top.” 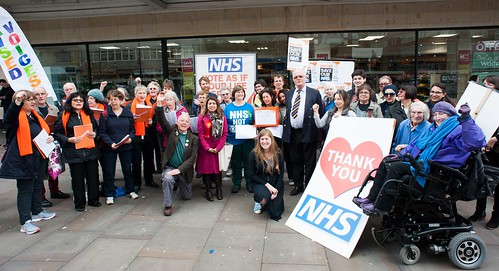 All photographs in this blog post were taken by Myles Fisher.