On Saturday 25 April 38 Degrees members in Finchley and Golders Green were out speaking to hundreds of people about why they should vote to save our NHS this election as part of the massive national day of action. 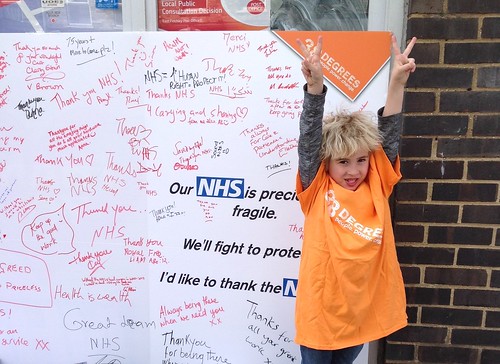 Members met outside of the old East Finchley post office to collect signatures for our huge petition asking local MP candidates to save the NHS if they’re elected. The petition asks candidates standing in the 2015 general election to commit to provide enough funding, stop privatisation and keep the NHS out of the dodgy trade deal TTIP.

38 Degrees members did a brilliant job building a colourful and engaging presence on the high-street. They plastered the wall with NHS posters, local member Eric donned doctors’ scrubs and Amy’s dog proudly wore an “I heart NHS” t-shirt! Over the course of the day they added another 600 names to the ones we had already collected online and at stalls earlier in the year. An incredible result! Here’s Eric in scrubs… 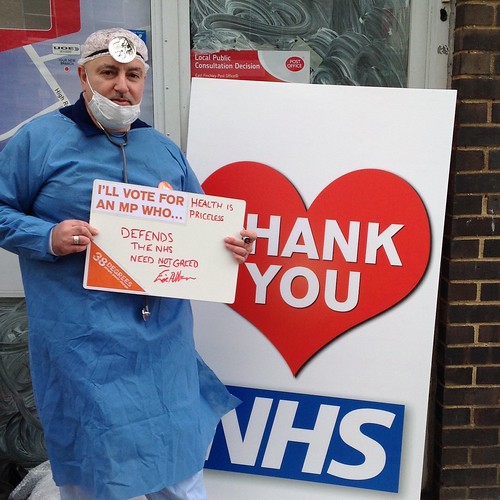 …and Amy with her dog 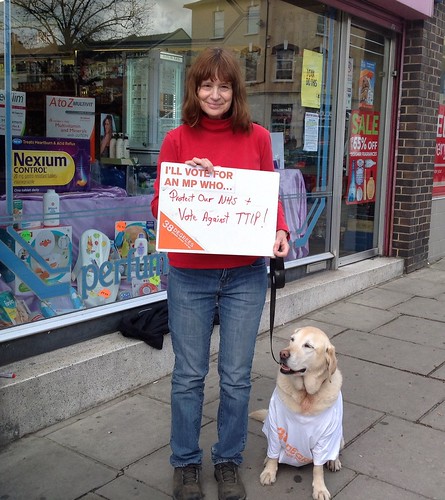 It wasn’t only passers by who we spoke with. Local member Keren went around to all of the shops in the area getting staff to add their support to the petition. Keren said everyone was really happy to support the campaign and had their own personal story to tell about why the NHS was so precious to them and their family. Here’s the owner of East Finchley’s fish and chip shop proudly wearing his “I heart NHS” t-shirt while at work. 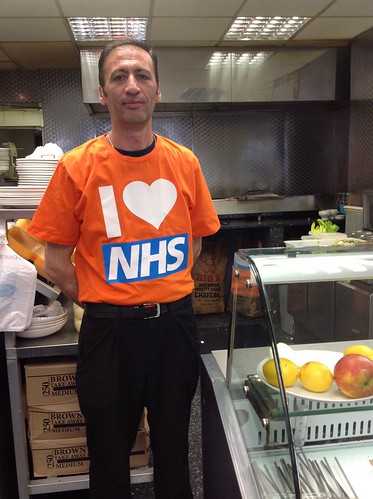 We also invited locals to add their personal messages of thanks to a giant ‘Thank you NHS’ card. It was really inspiring to read people’s messages thanking NHS staff for their patience and kindness; for always being there in times of need; and for their tireless hard-work. Members are planning to deliver the card to a local hospital in the coming week. 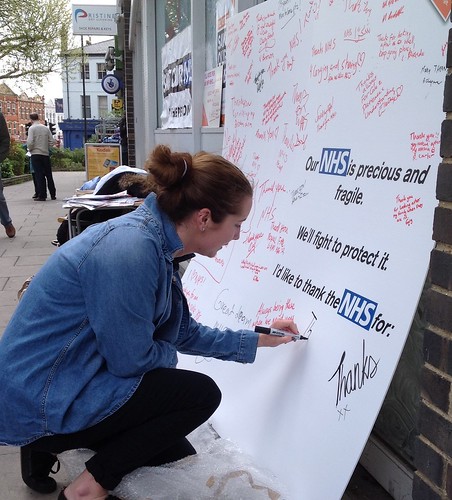 The message from Finchley and Golders Green was heard loud and proud on Saturday – use your vote to save our NHS this election!