Our ambulance starts at Rother Valley

After a few mechanical hitches our grand 38 Degrees ambulance tour started on Thursday at 10 am at North Anston  in the Rother Valley Constituency, which covers the south and east of Rotherham down to the southern tip of South Yorkshire. The area is semi-rural and consists largely of former pit villages which continue much of the mining tradition.

Here is the ambulance, with local supporters: 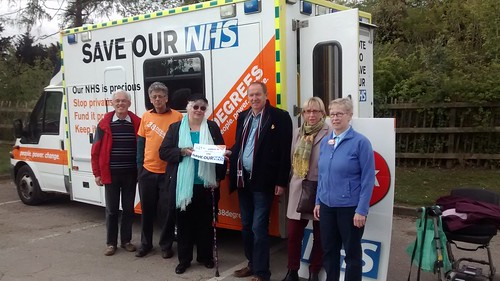 Kevin Barron, the Labour candidate and who is hoping to be re-elected as the MP, came down and welcomed us. He talked in detail about the corruption of the NHS due to it having to create internal ‘competitive’ markets and the need to be able to sell off chunks of the NHS to the private sector. 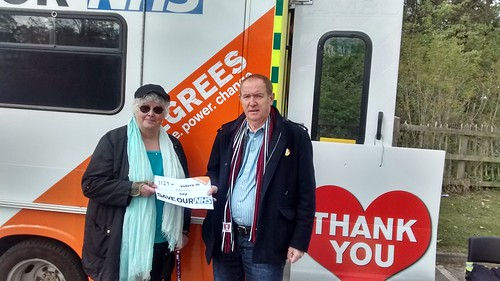 So far 1129 people with Rother Valley postcodes had signed the national petition, either on-line or face to face, so 38 Degrees member Patricia presented a certificate to Kevin. 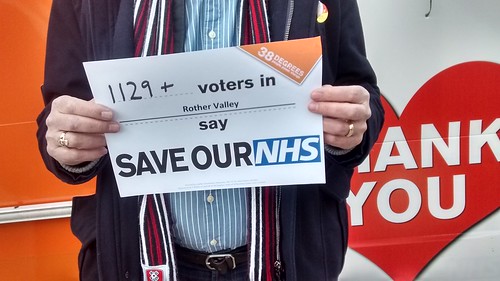 And the number went up as we stood there!!