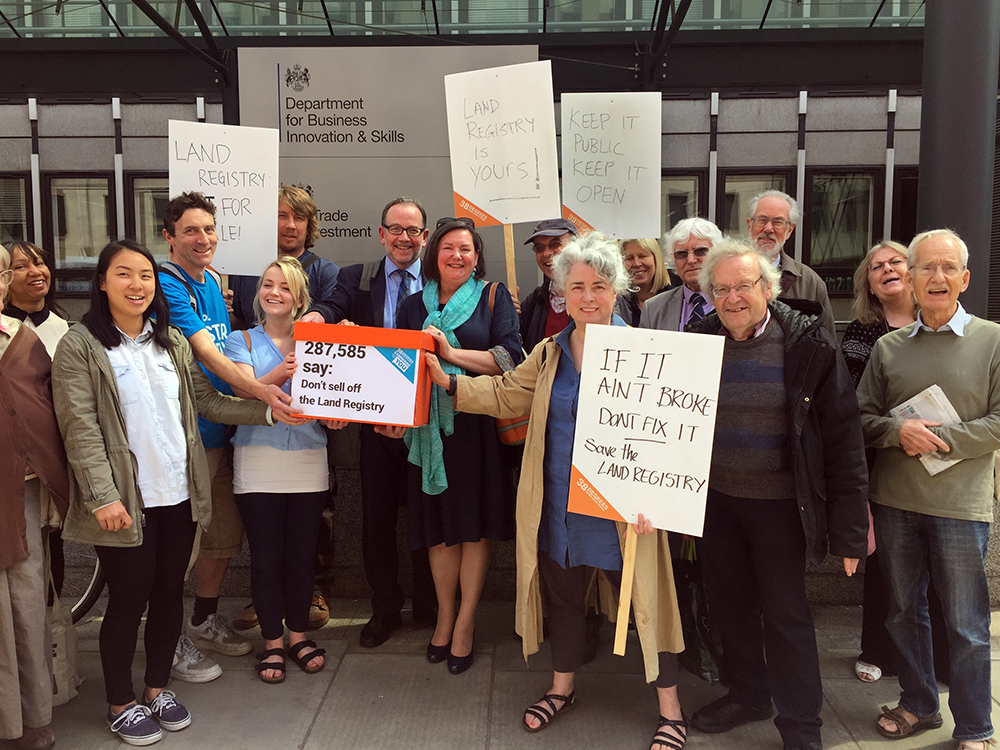 38 Degrees members handed in the HUGE “Stop the privatisation of the Land Registry” petition today.

The 38 Degrees petition is currently at 290,000 signatures and it’s still growing.  Today was the final day of the government consultation into whether to sell off the Land Registry, so our petition is going to ring alarm bells around the halls of Westminster.

Along with the petition, 28,282 individual submissions to the consultation have also been sent in by 38 Degrees members.

The petition hand-in comes on the same day as our people powered report hit the news.  38 Degrees members chipped in to fund our very own investigative reporter to dish the dirt on the companies hoping to bid on the Land Registry.  It discovered that all four have links to off shore tax havens and much more.

Watch this space for next steps in the campaign.