On Monday morning, the office team sat down with the results of this survey to help decide what’s on the table for the week. Here are the results (1 is the ranked the highest priority and 10 is the lowest) 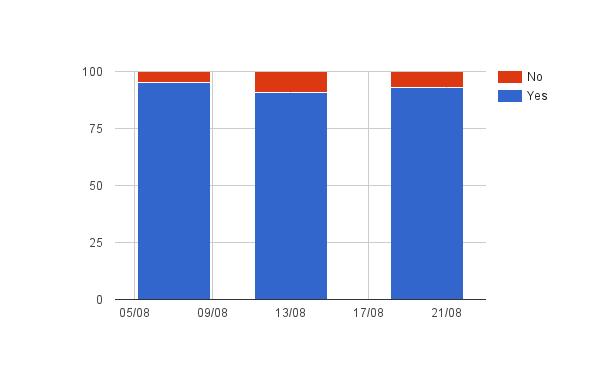