We’ve had an impact. After more than 50,000 of us signed the petition the Home Office has been forced to apologise to Olya and her husband, Derek, from Scotland. They’ve halted her deportation. That means that, for now, they aren’t going to deport Olya and rip her family apart. But they still haven’t yet given her the right to live in the UK.  Without this, Olya is still at risk of deportation and can’t build a life in the country she now calls home. 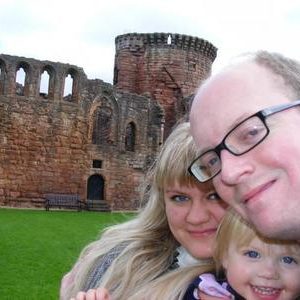 But, the momentum is behind us. The Home Office has already admitted it was wrong. Now we need to take it one step further and force the Home Office to grant Olya permanent residency. If thousands of us flood the inbox of Home Secretary Sajid Javid, we can push him to act and give Olya the right to live with her family in the UK.  Will you help finish what we started and email Sajid Javid asking him to grant Olya residency? It only takes a few minutes:

Olya has built a life in the UK with her husband Derek, who is from Scotland.  But, they still can’t promise Milana, their two year old daughter that she won’t be separated from one of her parents. “You can’t help who you love. This is not fair.” – said husband Derek.  This loving family just want to live in peace and continue to build their lives together. They’ve had to put everything on hold to fight for Olya’s right to live in the UK. They followed all the Home Office’s advice, and were forced to wait a month to hear an apology from the Home Office for threatening Olya with deportation.

But now the Home Office is on the back foot and Olya’s case is getting attention. Olya’s MP brought it up in Westminster, it was raised in Prime Minister’s Questions. And Scottish First Minister Nicola Sturgeon has promised to help the family. The Home Office have been forced to admit they were wrong. Let’s push them to go one step further and give Olya the right to live and work in the UK. Sajid Javid is new in the job, let’s force him to do the right thing and give Olya and her family peace of mind.  Will you email him today and ask him to grant Olya residency?