2020 has been tough year but People Power made a difference during each and every month.

A special thank you to our amazing illustrator Khadija Said for their wonderful work!

In January, the Scottish Government announced three new measures that 38 Degrees and Living Rent members had been demanding to stop the rise of holiday lets pricing out local families. These policies will help ensure families in Scotland have affordable places to live. 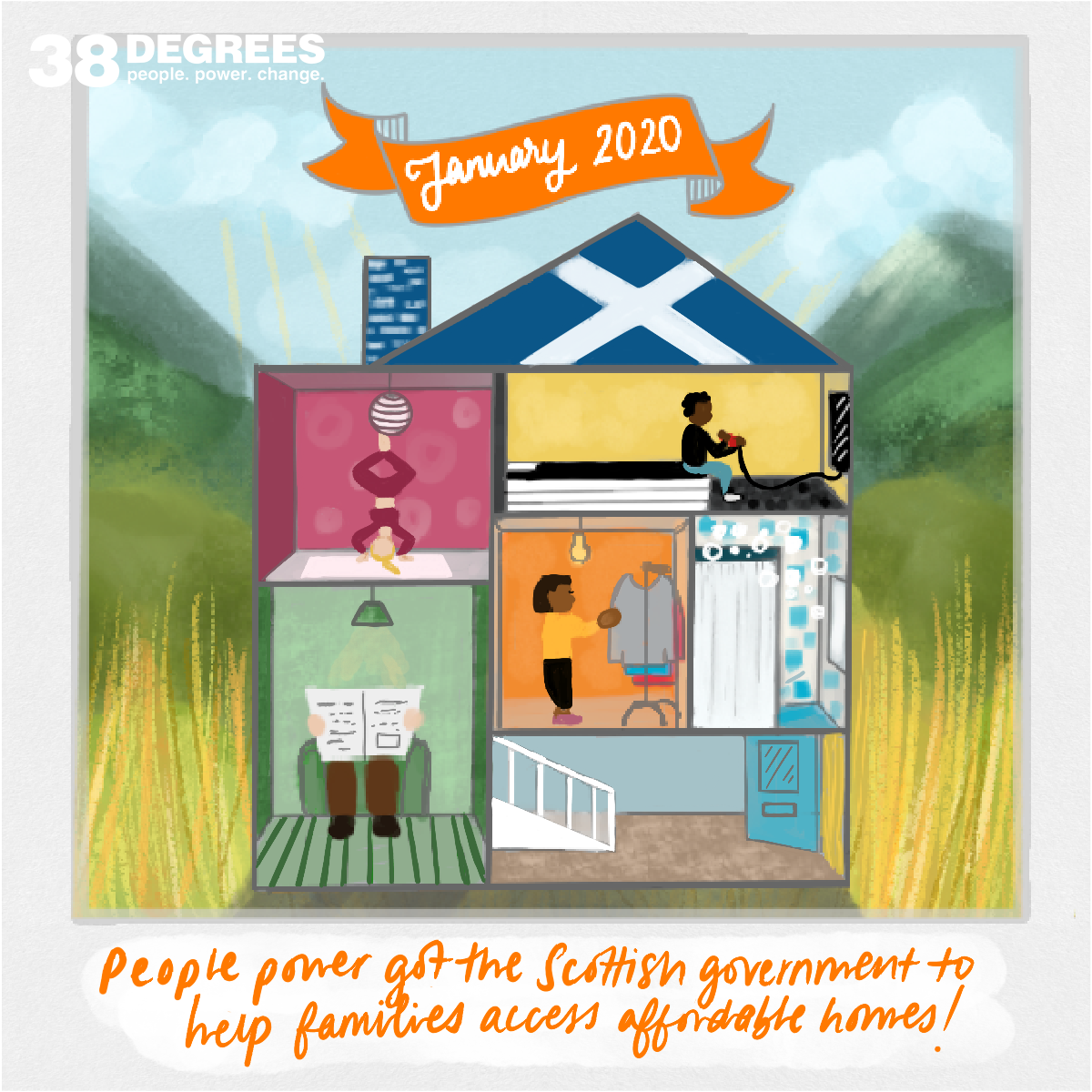 In February, plans to expand Bristol’s airport were thrown out by the North Somerset Council after the local community fought against the environmental and societal impacts of the expansion, using our 38 Degrees petition! 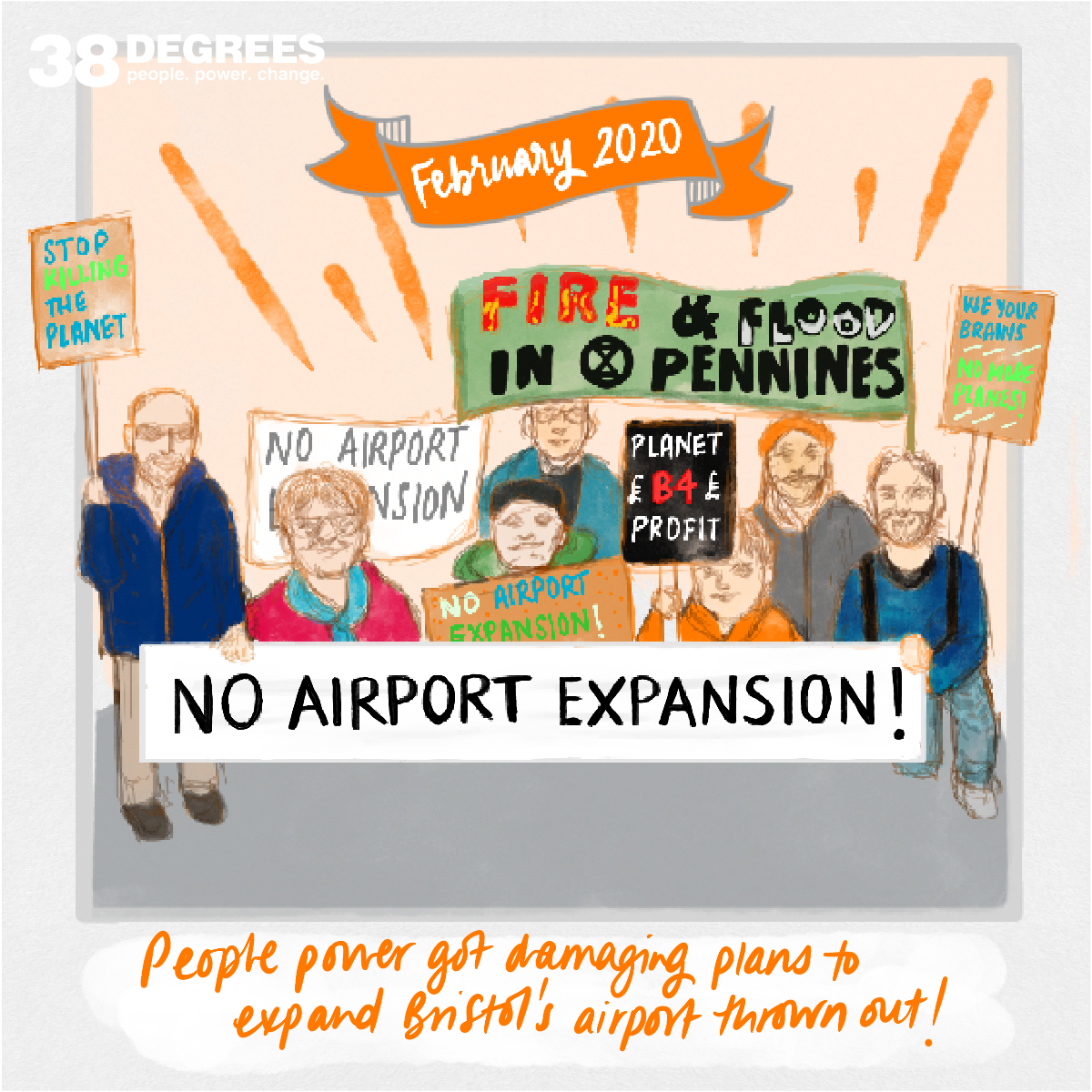 The threat of Veteran’s Services being privatised was defeated in March, after a public campaign on our website and pressures from the PCS union convinced the government to keep the provision of these important veteran’s services in the public sector. 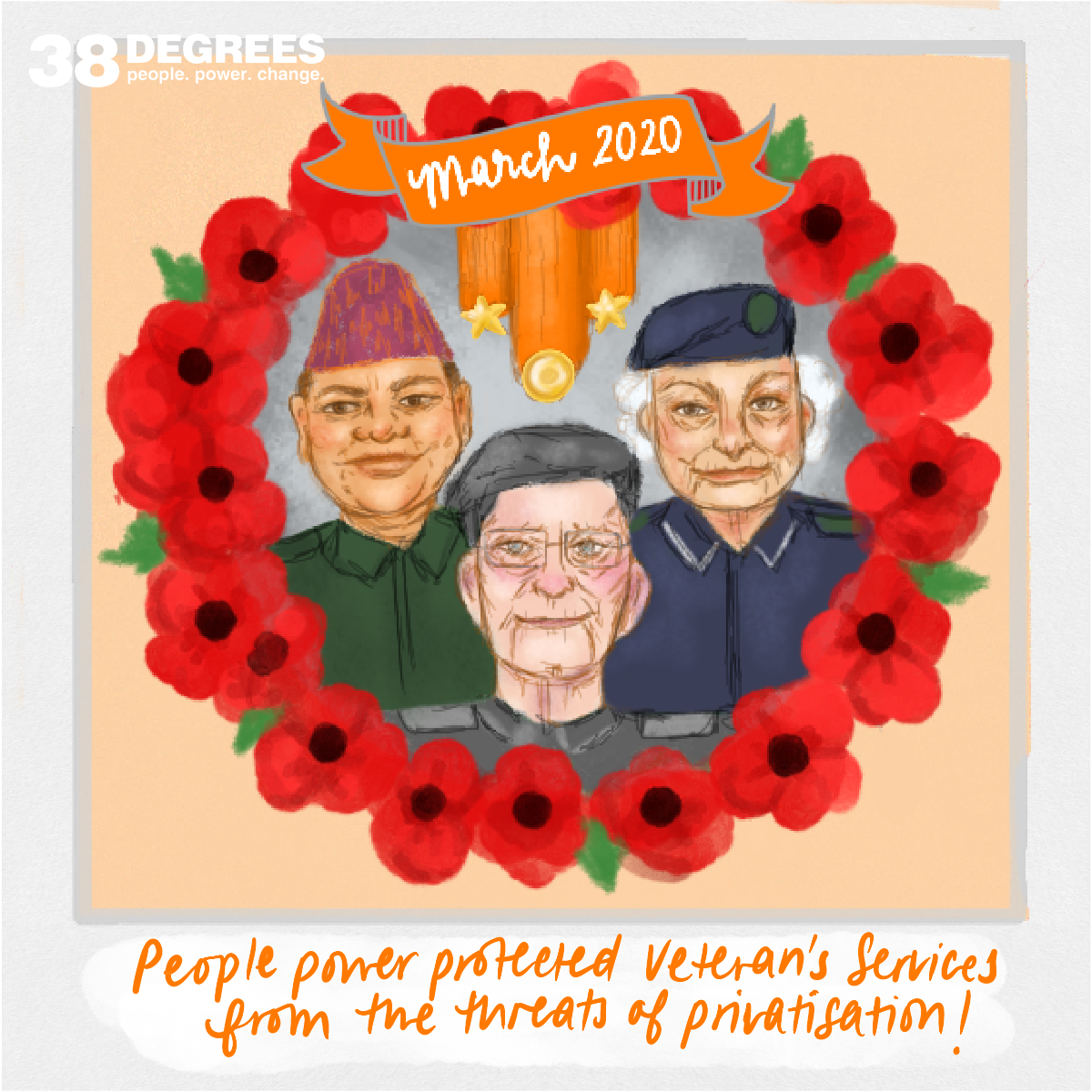 As coronavirus struck, hundreds of UK citizens were left stranded across different corners of the globe. But using our platform, members were able to call on the government to organise flights home to be reunited with their families. 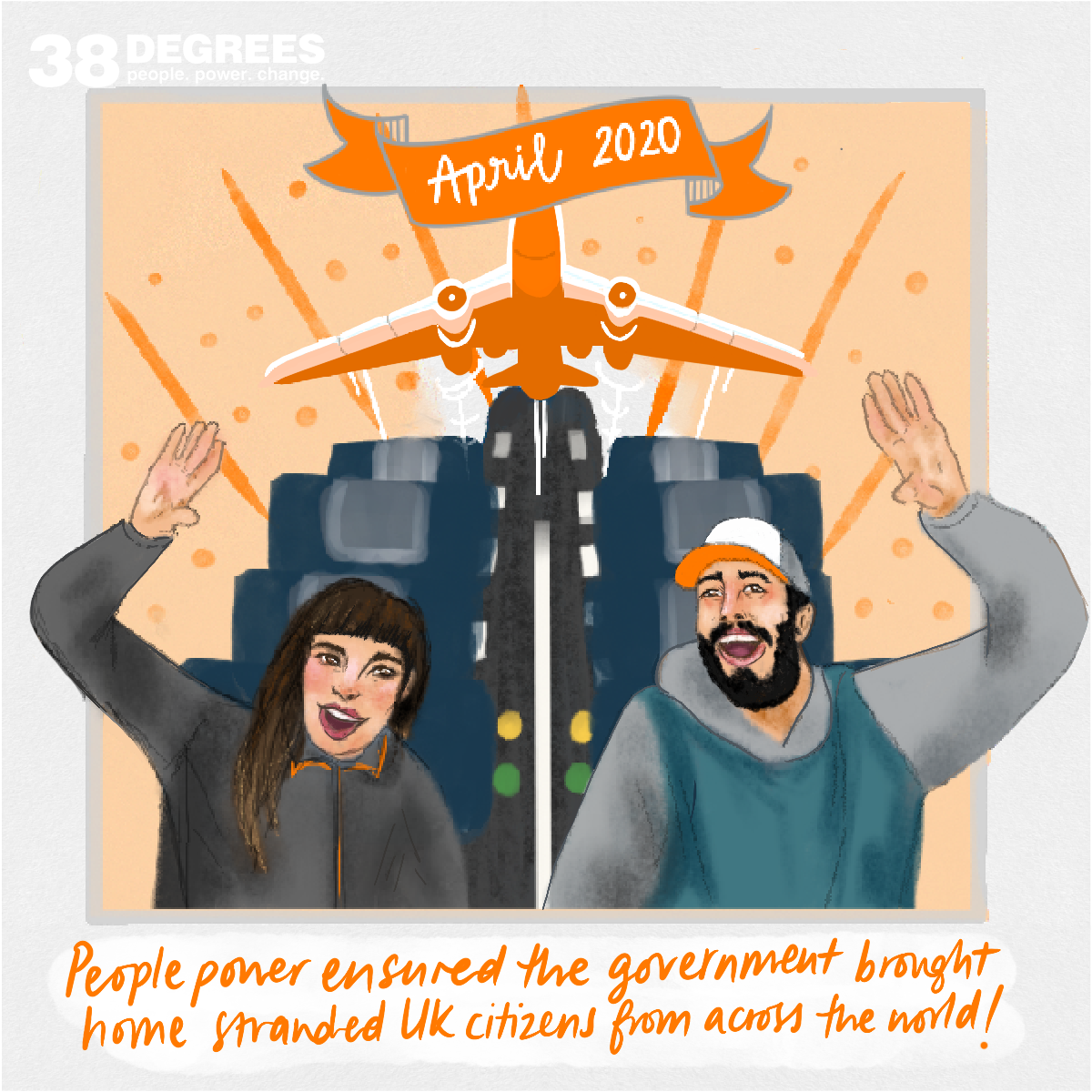 After the incredible efforts of Captain Tom to raise over £33 million for the NHS walking around his garden 100 times, People Power made sure that he was recognised, and he was given a knighthood for his dedication to our NHS. 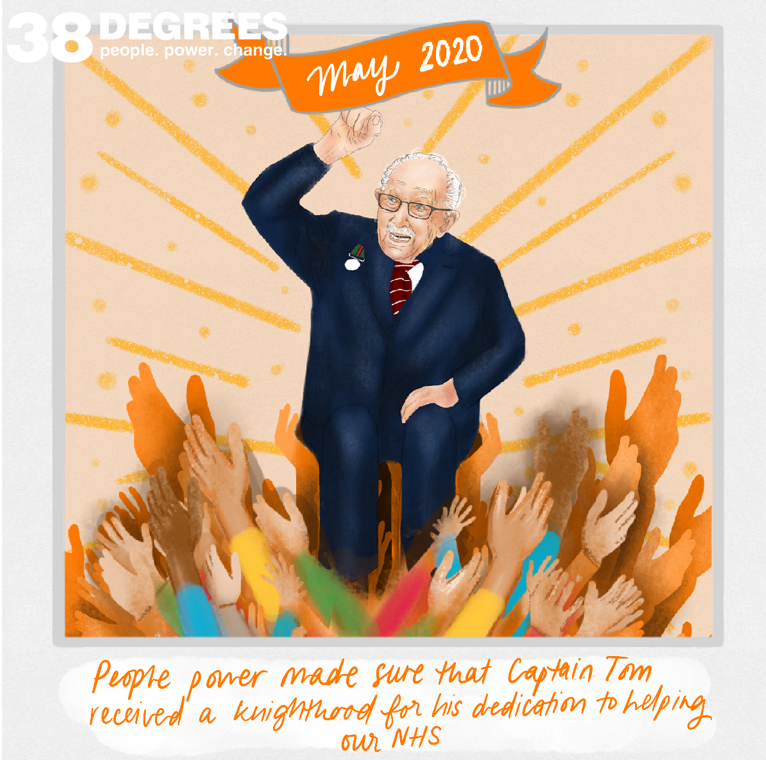 After years of campaigning to remove the statue of slave-trader Edward Colston, the Black Lives Matter movement brought this issue into sharper focus. Protests in Bristol led to the removal of the statue, which has now been replaced by a People’s Platform. 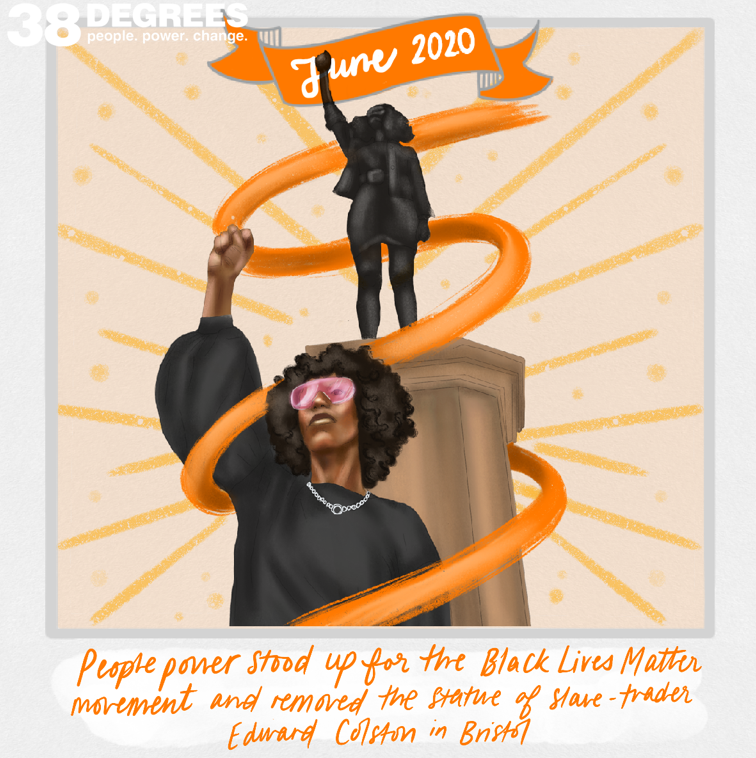 After outcries that our rich artistic culture was being crippled by the pandemic with no government support on offer, we used People Power to fight to save the arts. Our combined efforts meant that in July, the government pledged a £1.5 billion bailout for our beloved arts industry! 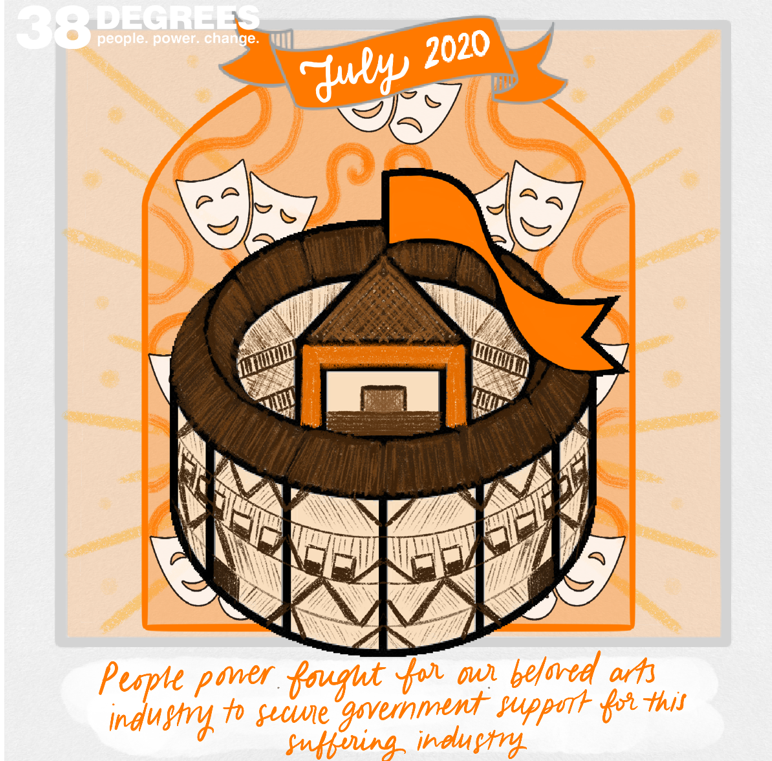 In August, huge public backlash against the government’s approach to exam results, in which students from poorer performing schools saw their grades slip away, meant that the government was forced to remove this discriminatory algorithm and give students the grades they deserved. 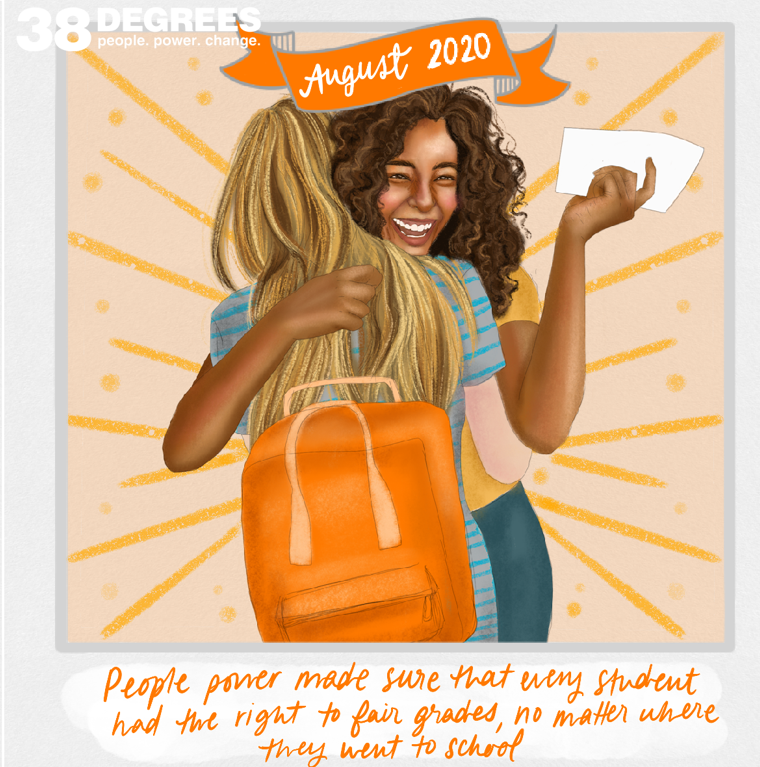 In September, 100,000 of us came together to support those risking their lives to get to the UK by boat, calling on the government to ensure the UK prioritises saving lives, rather than punishing refugees and immigrants. 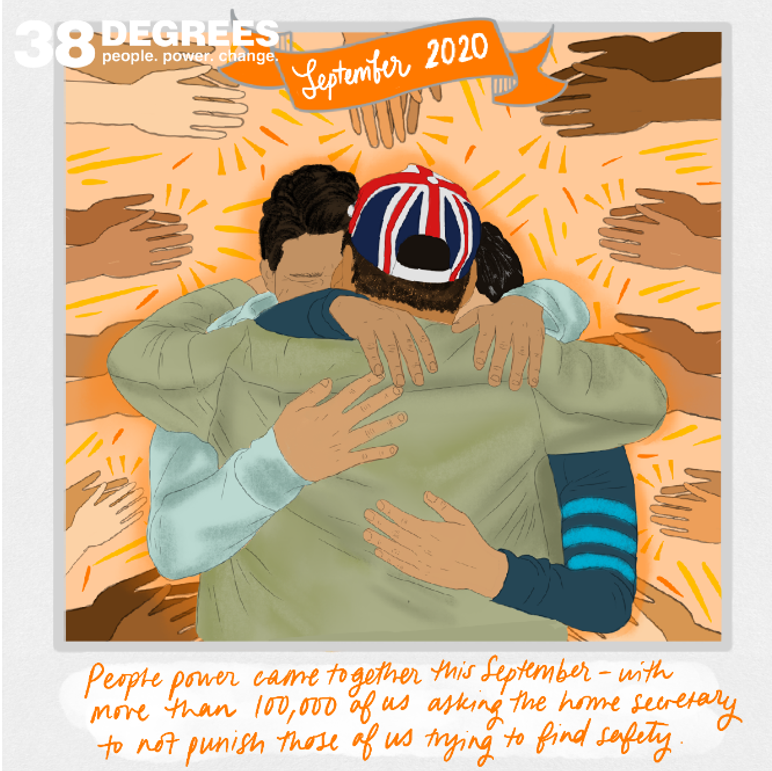 Campaigning to ensure that no child in the country would go hungry over the school holidays was a fierce fight in October. But the tireless efforts of public figures like Marcus Rashford, the public, and our members meant that we could secure essential funding for our children’s meals. 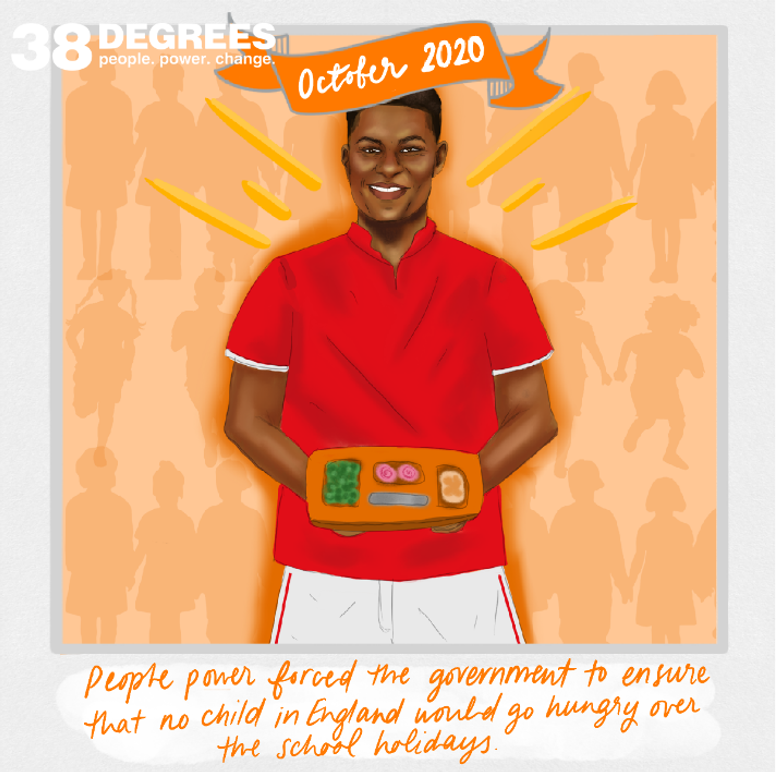 We are proud at 38 Degrees to consistently fight for the needs of our NHS. That is why we campaigned to ensure an additional £1bn winter funding for NHS hospitals. We were thrilled when the government responded with an additional £3bn funding for our NHS in November- a huge achievement. 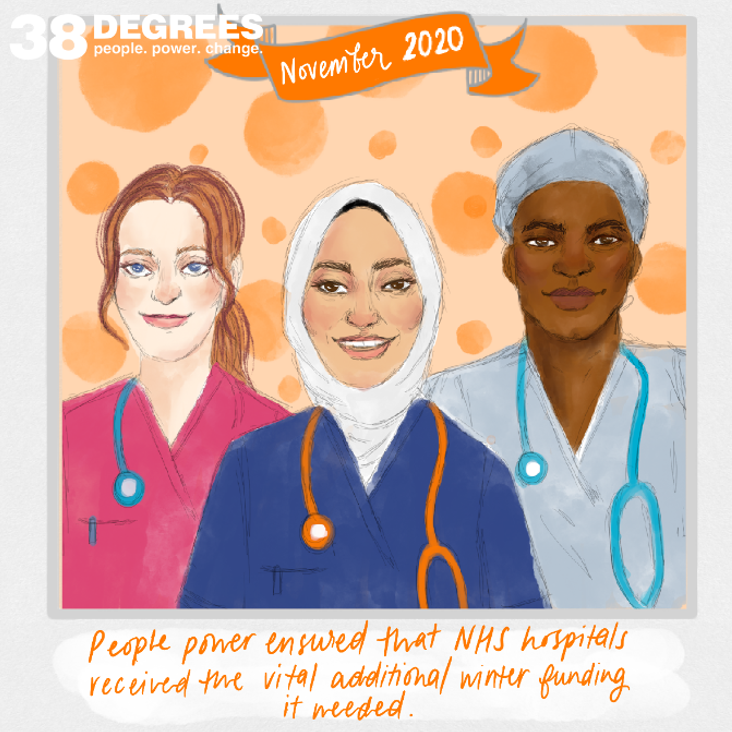 After years of people standing up for animal welfare standards, the hard work of our partners at Compassion in World Farming ensured that live animals can no longer be exported from England and Wales, ending a practise that contributed to needless animal suffering. 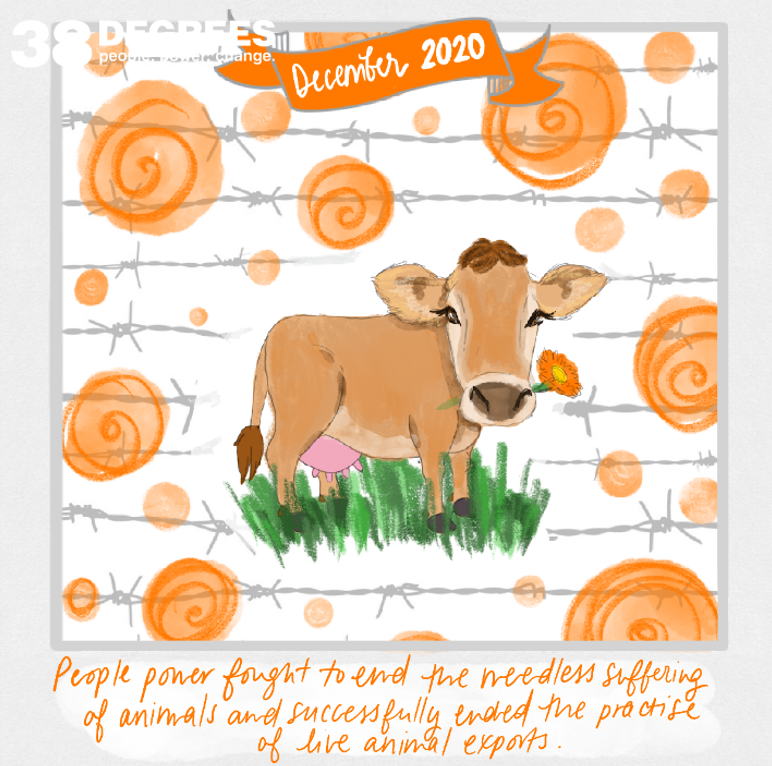 Thank you all for you continual support this year. Together, we will continue to campaign for even more change in 2021. #PeoplePower2020