The 2021 Budget is being watched very closely by people all over the UK. That’s because the coronavirus pandemic has had a massive impact on the economy, and the Budget announcements will lay out the government’s plans for recovery.

Here are the answers to all of the questions that you might have about this important political event:

What is the budget?

The Budget, otherwise known as the Financial Statement, is a statement made by Rishi Sunak (the Chancellor of the Exchequer) to MPs in the House of Commons. The statement includes information about the UK’s finances and the Government’s plans for changes in the way that people are taxed. It also includes big decisions on what the government will spend money on, and a forecast – or prediction – for what the economy will look like over the next twelve months.

The Labour leader, Sir Keir Starmer, is expected to give a speech with his response to the Budget straight afterwards.

When is the Budget taking place?

The Budget will take place on Wednesday the 3rd March 2021. It usually starts at about 12:30 GMT and lasts around an hour.

The Budget was originally meant to take place in Autumn 2020, but it was delayed because of the Coronavirus pandemic.

When was the last Budget?

The last Budget statement was delivered by Rishi Sunak on Wednesday the 11th March 2020.

There is normally a Budget each year, but there was not one in 2019, because it was cancelled due to the timing of the 2019 General Election.

The Budget often takes place on a Wednesday, but it can take place on any day of the week.

What will the 2021 Budget include?

There are lots of conflicting rumours about what will be included in the Budget – and we won’t know the exact details until the Chancellor makes his speech.

Some people think that the Chancellor’s plans will focus on supporting the country through the pandemic, while other people think that he will try and reduce spending and borrowing.  We can probably expect some a mixture of both: with measures which will help economic recovery alongside some tax rises.

Does the Budget affect the whole of the UK?

Some parts of the Budget affect the whole of the UK. However, other parts only affect England. That is because Scotland, Wales and Northern Ireland have devolved governments who make their own decisions on certain issues (such as education and healthcare).

What is the red Budget Box?

Traditionally, the Chancellor of the Exchequer is photographed on Budget day on the steps of 11 Downing Street (the official residence of the Chancellor), holding up the Budget Box.

Here is a photograph of Rishi Sunak with the box on the day of the last Budget: 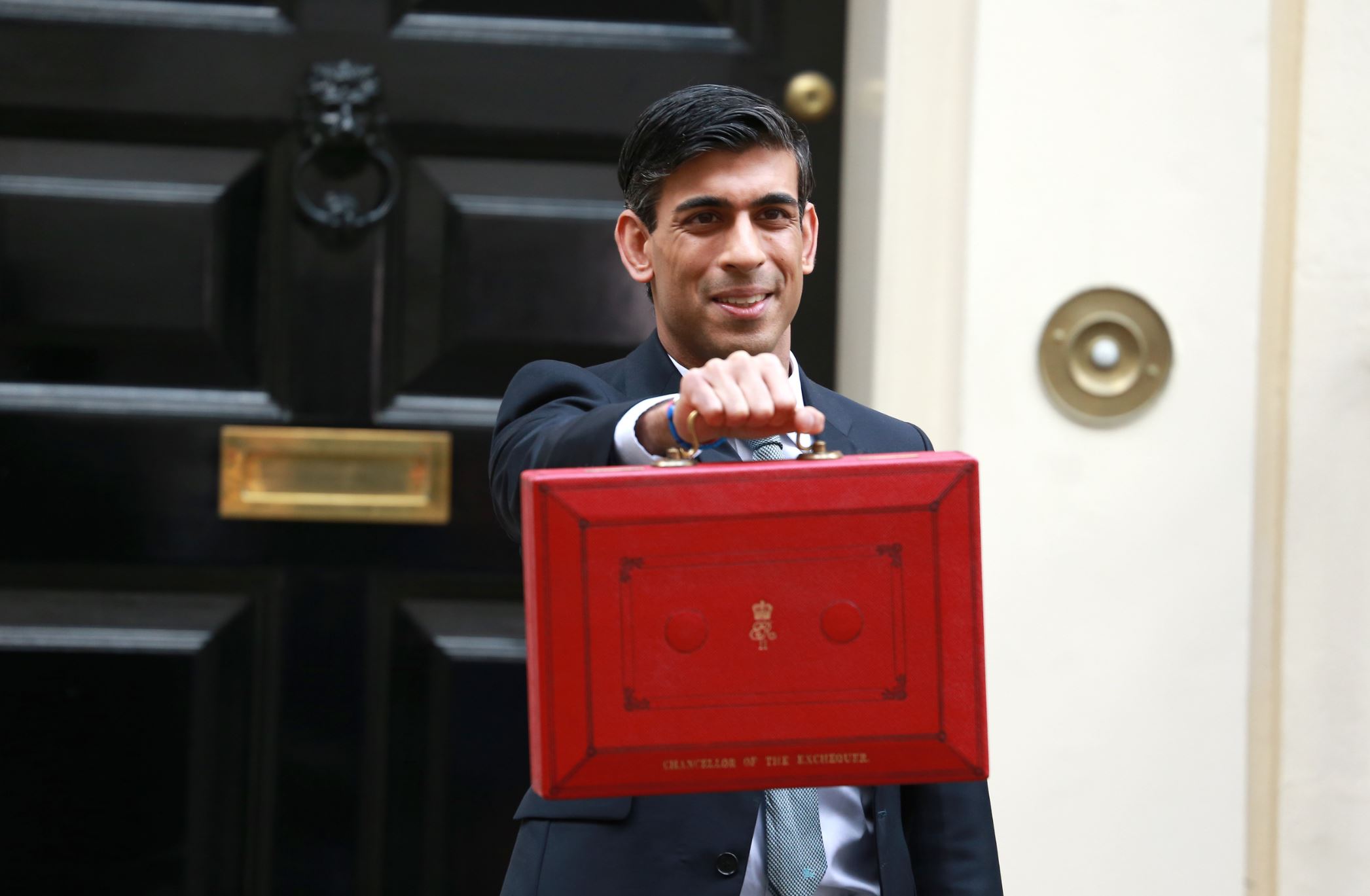 The Budget Box is a distinctive red wooden box with a handle – and the Chancellor uses it to carry their speech to the House of Commons. In fact, the word Budget comes from an old French word ‘bougette’ meaning little bag!

If you would like to find out more about the Budget, check out this page on the parliament website.