A RIGHT ROYAL HAND IN

On Saturday 9th October, our friends at rewilding campaign group Wild Card handed in our joint petition calling on the Royal Family to rewild their estates to help fight the climate crisis and encourage more biodiversity.

The Royals own 1.4% of the UK. That’s huge. In fact, it’s twice the size of Greater London. And it means that, if they committed to rewilding that land, it could have a major impact on the fight against climate change.

Saturday’s event was a MASSIVE success, with conservationist Chris Packham leading a march of families to the palace with banners, homemade signs, and a giant sculpture of a stork, and even a brilliant childrens choir SOS from the kids. 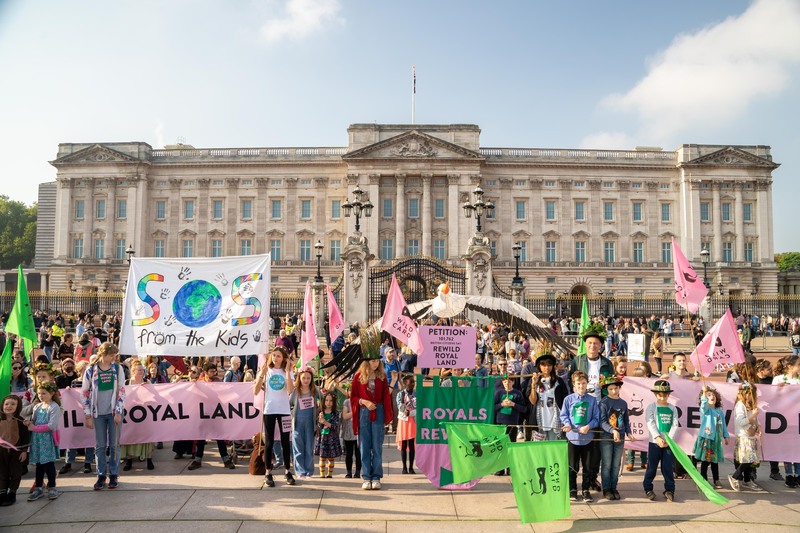 And it made international headlines. From Canada to France, newspapers and broadcasters – including almost every major UK publication – spread the word about the campaign.

And guess what: research we did after the event shows that almost three quarters (73%) of the public backs the campaign! That’s up 11% from June, when we did the same research. What a result!

Without thousands of us coming together to sign the petition, share it with friends and chip in to support the campaign, none of this would have happened.

Click here to watch a video of the event 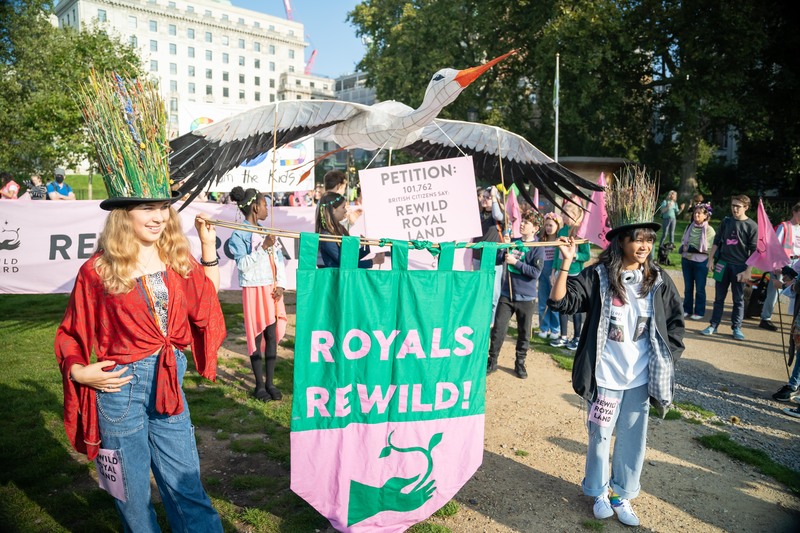 But the campaign isn’t done yet – we still need a commitment from the Royal Family to rewild their land. That’s why, after the petition hand-in, thousands of us emailed the Royals directly, asking them to take proper action.