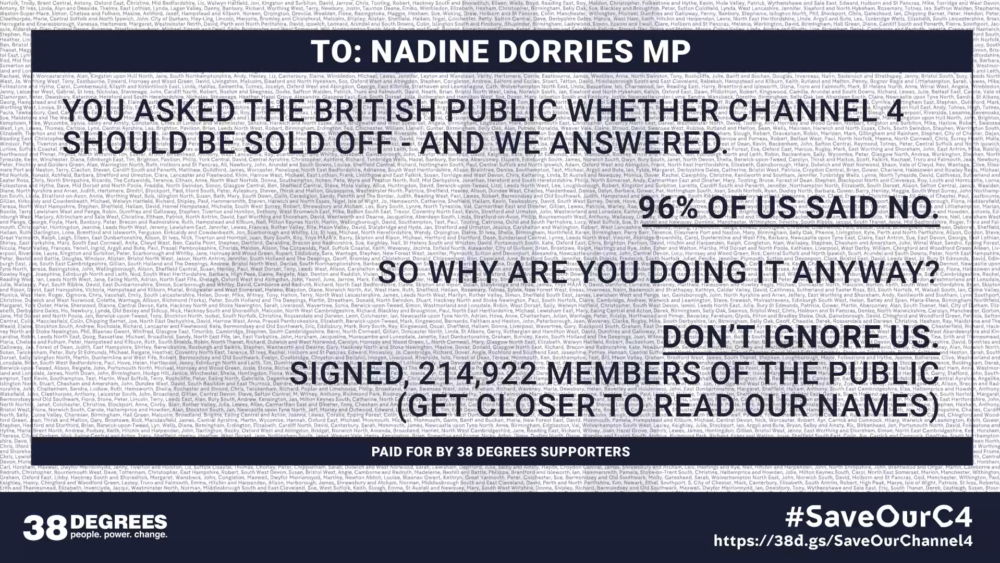 38 Degrees supporters have a long, proud history of fighting for public service broadcasting. Hundreds of thousands of our supporters have spoken out against – and prevented – cuts to the BBC budget. So when the Government announced plans last year to privatise Channel 4, we knew we had to act.

Despite this, Dorries has pressed ahead, but our supporters have shown a clear desire to continue to fight to prevent the privatisation of this outstanding public service broadcaster.

That’s why tens of thousands of us chipped in to fund a huge fightback ad campaign to deliver our message where she can’t ignore us. Thousands more added our names to a front page ad in this week’s Times & Citizen, and splashed more ads across her favourite website and newsletter. We even drove our message directly to her Westminster office yesterday! 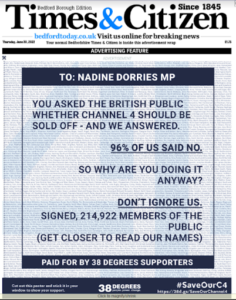 Our ad on the front page of Nadine Dorries’ local newspaper. 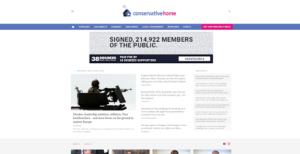 Our ad splashed all over the prominent political website: Conservative Home.

Together, we’ve shown the Government that the public don’t want our Channel 4 to be put up for sale. But our fight isn’t over yet. And Nadine Dorries can expect us to continue campaigning until the Government listens to the public and drops its plans to sell Channel 4 off to the highest bidder.