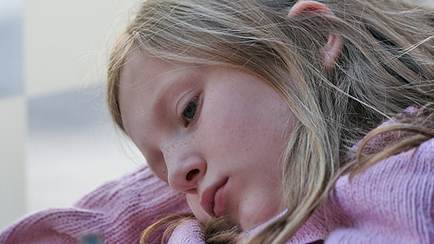 George Osborne is trying to take money away from the poorest children in the UK. But if enough MPs speak out against it, he’ll have to backtrack. So it’s up to us to make sure our MPs do the right thing.

Our pressure is causing cracks in the Conservative party over these plans, and some MPs are beginning to speak out against them. 38 Degrees members are emailing our MPs now, showing them that the public hates these cuts – and making MPs more likely to oppose them.

If the government’s cuts to child tax credits go ahead, it will push 300,000 more kids into poverty. Leaving thousands of families unable to pay for essentials like food, school uniforms, and bus fares.

We know that some MPs are already feeling uneasy about taking money away from vulnerable kids. This week, influential Conservative Boris Johnson said he thought this was a bad idea. Putting pressure on MPs now could cause huge political arguments and force the government to change course.

We don’t have long to stop this – but there are millions of us. Together we saved our forests from privatisation, and we stopped the Hospital Closure Clause. An incredible 283,000 of us have already signed a petition against these cuts. We’re rallying together to say that in twenty-first century Britain, no child should grow up in poverty.

Let’s take our message straight to our MPs. If you’d like to send a quick email to your MP now click here. There are some suggestions of what to say on the page.