38 Degrees members knew the mega-rich and big business lobby would be pushing back, wanting their usual tax breaks, and dodging paying their fair share. So we leapt into action, and launched an open letter, calling on Nicola Sturgeon to be bold on tax.

Then, in November, when Nicola Sturgeon outline the options the Scottish government were considering, 38 Degrees members studied the options, and voted on what they thought would be the best new system for a fairer Scotland.

In the end, together, we decided to push for a tax system that was fair – it raised taxes for the highest earners and cut them for the lowest – and ambitious – it raised at least £200 million more for Scotland’s public services. Then, once we decided what we were calling for – we launched a new campaign to prove to our MSPs that Scotland wanted a fair new tax system. 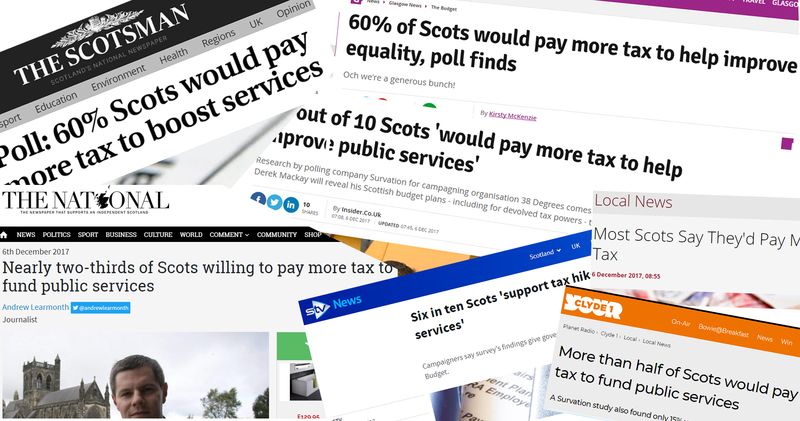 Then, once it was clear the public were onside, 38 Degrees members ramped up the pressure on our MSPs. We sent thousands of emails and tweets to Scotland’s politicians – and hundreds of phone calls to their offices! 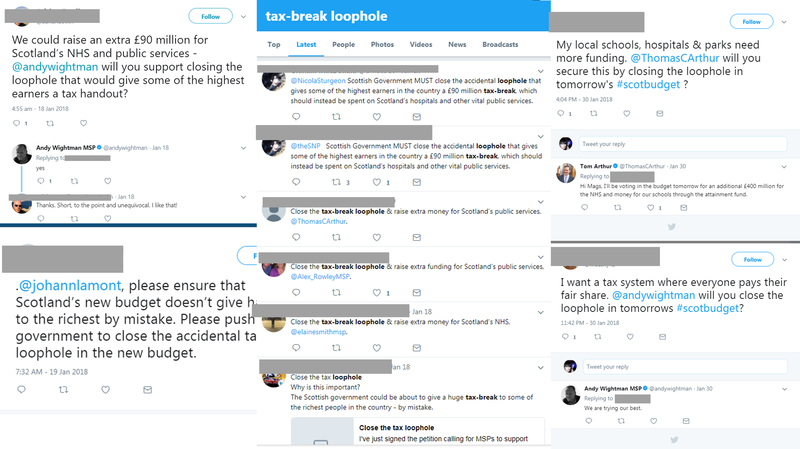 And at the end of last year our hardwork paid off. The Scottish Government announced their budget. It didn’t raise quite as much money as 38 Degrees members called for – £164 million instead of £200 million, but it raised it in a fair way, with the richest paying their fair share.

In the new year it was discovered that an accidental loophole in the Government’s plans meant some of Scotland’s highest earners would get an accidental tax cut of £90 million. 38 Degrees members in Scotland voted to launch a campaign to get that loophole closed – and make sure the new budget passed.

Finally after another 12,000 of us signing a petition to close the loophole, and thousands more tweets and emails, yesterday the new budget passed the Scottish Government, and this loophole was closed.

In many ways it has been a depressing few years for politics around the world. Yesterday, Scotland showed that it doesn’t have to be like this. That the public want things to be different – and are happy to pay more to see our services flourish.

There’s always more we can do to make Scotland fairer, by making sure we’ve got properly funded schools, hospitals and homes. But we’ve seen with the budget that people power works when we all come together.